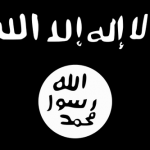 A spokesman of the Somali Islamist terror group Al-Shabaab said in a sermon that Muslims must attack Jewish targets around the world in response to Israel’s conflict with Hamas.

The spokesman, Sheikh Ali Dhere, blamed all the “nations of unbelief” who participated in the “aggression against Gaza,” such as “the Americans who stood by the Jews in their aggression against the Muslims in Gaza.”

Dhere also blamed the United Nations for “protecting global unbelief” and for making do with “standing by as witnesses and condemning the crimes committed by the Jews in Gaza.”

“The Jews are spread out throughout the world, and the Jews’ properties are spread everywhere. In light of this, the Muslims must attack the Jews and their properties in every place, and they must pray for their brothers in Gaza,” he said, according to the Middle East Media Research Institute (MEMRI).