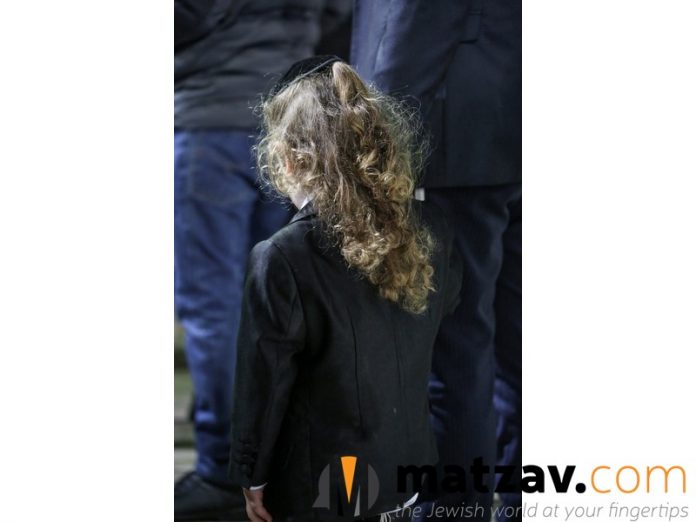 Shimon Chaim, born three years ago to a couple in their 60s after they received a brocha from the former Nadvorna Rebbe, had an upsherin on Lag Ba’omer shortly before his third birthday.

At the time of his birth, his parents, Rav Shmuel Shachar and his wife Miriam, were 67 and 65 years old and had been childless for 46 years.

Rav Shmuel took his son to the present Nadvorna Rebbe for the upsheren and received a brocha that he should continue to have nachas from his son.