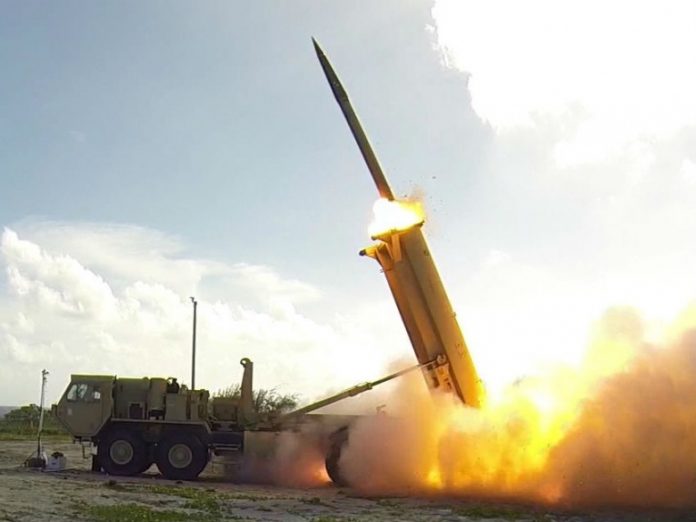 South Korea has suspended the deployment of a controversial American missile defense system, with the new liberal administration declaring no further moves can take place until an environmental assessment is carried out – a process that could take a year or even two.

The decision highlights the potential for a rift between the United States under a Republican president and South Korea with its new liberal president, Moon Jae-in, who is due to visit President Donald Trump in the White House later this month for their first meeting.

But Moon’s office Wednesday said it would suspend the deployment of the Terminal High Altitude Air Defense system, an anti-missile battery designed to protect the South against North Korea but which has elicited strong opposition, particularly where it is being deployed.

The U.S. Army had expedited the movement of the THAAD battery to South Korea ahead of Moon’s anticipated victory in the snap presidential election last month. Moon had vowed to review the previous government’s decision to host the system.

Two launchers and the powerful X-band radar were already in place before his victory on May 9, but Moon expressed outrage last week when it emerged that four more launchers had been brought into the country without his knowledge.

A full THAAD battery contains six launchers mounted on trucks, each capable of firing eight interceptor missiles. But Moon’s office accused an official in the Defense Ministry of deliberately failing to tell the president’s staff about the arrival of the final four launchers. Moon called the omission incident “very shocking” and ordered an investigation. A deputy defense minister was suspended as a result.

An official from the president’s office Wednesday said that the missile defense system would be frozen as it is.

“We are not saying the two launchers and other equipment that has already been deployed should be withdrawn. But those that have yet to be deployed will have to wait,” a senior official told reporters in Seoul, according to the Yonhap News Agency.

The president had ordered a full-blown environmental impact assessment into the deployment, on the grounds of a former golf course in the southern area of Seongju.

The unnamed official said that the assessment could take at least a year, or perhaps even two, noting that a similar evaluation for a THAAD deployment in Guam had taken 23 months, Yonhap reported.

But there was no hurry to get the system up and running, given that North Korea had been a threat to the South for years, the official said.

“[North Korea’s] nuclear tests have been going on for a long time, and so whether we must urgently install [the THAAD battery] by ignoring our legal procedures is a question,” he said.

North Korea has been test firing missiles in quick succession recently, apparently part of an avowed plan to develop an intercontinental ballistic missile capable of reaching the mainland United States.

So far this year, Kim Jong Un has overseen the launch of 12 missiles, compared to the 16 that his father fired during his 17 years in power.

Most have been intermediate or medium range missiles that can reach all parts of South Korea. The THAAD system was deployed to intercept those missiles, but it has greatly angered Beijing, which is concerned that powerful radar will be used to spy on China.