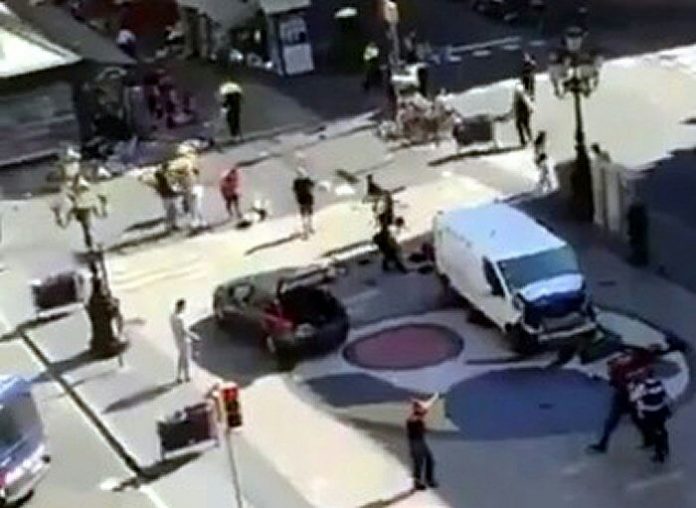 Spanish authorities on Sunday continued their hunt for a 22-year-old suspect and two others in the brutal vehicle attacks in Barcelona and a nearby coastal city late last week. A police official said the terrorist cell had planned a “much more serious attack” that was probably thwarted by an accidental explosion Wednesday.

Authorities were looking for a fugitive they suspect may be Younes Abauyaaqoub, who may have been the driver of the van that plowed through crowds Thursday on Barcelona’s scenic Las Ramblas boulevard. The other two people whom police were seeking might have died Wednesday in the explosion.

Police said Sunday that they have linked three vans, a car and a motorcycle to the main fugitive in the attacks. The Barcelona thoroughfare was packed with tourists and pedestrians, and 13 were killed. One person was killed in a second vehicle attack hours later in the seaside resort of Cambrils, about 70 miles to the southwest.

On Sunday afternoon, authorities said they had identified three more of the victims in the Barcelona attack, including Julian Cadman, a 7-year-old boy with dual British and Australian citizenship who had been missing since Thursday.

Nacho Solano, a spokesperson for Catalonia’s emergency services division, declined to name the two other victims but said they were Belgian and Italian.

Inspector Albert Oliva – the chief spokesman for the Catalan national police, the agency leading the investigation – reiterated on Spanish radio Sunday morning that the cell of 12 suspected terrorists has been dismantled. The cell was made up of Moroccans, all younger than 35, from or around a small town near the French border.

In an emotional plea Saturday on Spanish television, Abauyaaqoub’s mother, Hanno Ghanim, urged her son to turn himself in. “I prefer him going to jail before him dying,” she said.

Josep Lluís Trapero, head of the Catalan national police, did not confirm whether Abauyaaqoub is the suspected driver. “We do not know whether this person is in Spain,” he said. “If we did, we would go to him.”

Trapero said authorities are searching for three people from the cell: “We have found remains of two people. Four people have been detained. There is still one person missing.”

Spanish authorities and ordinary citizens alike struggled to make sense of a bizarre reality: that a group of childhood friends from the countryside – some of whom still lived with their parents and were too young to drive – could have planned such a deadly and complicated attack.

Nowhere was this questioning more acute than in Ripoll, the home town of at least eight members of the cell, where their families and friends were taken aback by the news. Trapero said Sunday that the cell had probably been there for at least six months.

For many, it was difficult to believe that the group of young men could have organized such a complicated operation – with multiple bases and targets – by themselves.

That was the principal question of Rashid Oukabir, a cousin of 17-year-old Moussa Oukabir, a suspect who was fatally shot by police early Friday during the vehicle attack in Cambrils. “Who is behind all this? Who is the big fish?” he said to The Washington Post on Saturday.

“It’s impossible these kids did all this on their own. Who helped them?”

Police were keeping a close eye on the streets of Ripoll, on the lookout for Abauyaaqoub and others.

Abauyaaqoub’s mother was hospitalized, suffering from stress-related illness. His aunt was seeking shelter with a relative. She told The Washington Post, “Someone brainwashed them. This has destroyed our family. We are devastated. We don’t understand.”

At the moment, Trapero said, his department does not have any concrete information about how the group had been radicalized. However, he said, he believed the connection to the Islamic State was real. The militant group initially asserted responsibility for the violence, but the degree of its involvement in the planning remains unclear. On Saturday, the Islamic State published an expanded statement that contained factual errors. Such mistakes are not uncommon and should not rule out an Islamic State connection, security analysts said.

Trapero noted that at least one member of the cell had spent time in “the center of Europe,” though he said investigators were seeking additional information.

In Ripoll, the consensus among family members was that the young men fell under the sway of a visiting cleric who had possibly radicalized their sons, brothers and cousins.

In the Spanish media, all eyes are on a suspect named as Abdelbaki Essati, who had served at a mosque in Ripoll and whose home was searched Saturday by police. Police said Sunday that Essati had not been connected to previous terrorism-related investigations but that an unidentified friend of his had been implicated.

Police searched for DNA samples from his apartment, according to the Spanish newspaper El País, as they suspected Essati of having been one of two suspects killed in a Wednesday explosion, when butane and propane canisters probably intended for the Barcelona attack detonated prematurely in the Spanish city of Alcanar. The identity of the second person killed in that blast remains unconfirmed.

“We know very clearly that this was the scene where they were preparing bombs for conducting one or two attacks in Barcelona,” Trapero said Sunday, noting that officers had discovered more than 100 butane tanks as well as “ingredients” linked to TATP, a signature Islamic State explosive.

The department’s “thesis,” Trapero said, was that the cell had planned a much more serious attack but had to abandon that after the accidental explosion. Trapero said that on Thursday, the attackers used only one van with only one person inside in Barcelona. He noted that police have since recovered three rented vans in connection with the attack, as well as the Audi A3 used in Cambrils and a motorcycle. Searches of the vehicles have produced “positive results,” he said.

In Barcelona, life began to return to normal Sunday – although there was heightened anxiety and tightened security.

“Normality has come back to Las Ramblas,” Puigdemont said to reporters, “and we are rejecting openly any sign of xenophobia or radicalism.”

Although much attention in the Spanish media has been paid to the Moroccan origins of the suspects, Puigdemont was careful to defend the role of the minority group, numbering around 200,000, in the region. “The Moroccan people are integrated in Catalonia,” he said, “and they have made important contributions to the community.”

Sunday will also see an FC Barcelona soccer match in the city, and police officials said security measures would be bolstered at the stadium.

“Security will be ensured as usual, as it’s always been done for football matches,” Trapero said. “Police stations always assess the risk and take measures accordingly.” 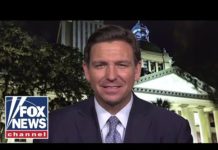