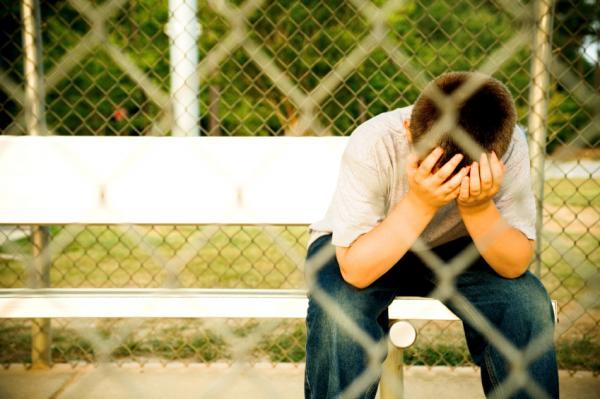 By Yisrael Meir and Chumie Jacobson

“We can’t be as alone as we feel. Yes, our child is special, but he can’t be the only one like this, can he!?” This is what my husband and I keep saying to each other, as we wonder: Where are the other parents? Why are there no programs for our child? He’s special… but not special enough?

Our ten-year-old son is smart and sensitive. He cares deeply for animals, loves little babies, and watches out for the underdog in a group setting. He can also be hyper-focused on one activity for a long time and can have extreme difficulty focusing on anything that doesn’t hold his interest. If you met him in the park on a Sunday afternoon you might see him playing a pickup football game with a group of boys and he would probably seem like a neuro-typical child (as some might say “normal”), but if you watched him in a classroom alongside his peers you might think he’s chutzpadik, or learning disabled – neither of which he is.

Our son has Asperger’s, or high functioning Autism, or PDD — depending on the yearly mood of the DSM (Diagnostic and Statistical Manual of Mental Disorders). Diagnosed seven years ago at age 3, he could not make eye contact, or play with other children his age for more than a few minutes. Today he is a student in a mainstream classroom, he has friends, and he’s able to go to a restaurant and politely order himself his cucumber sushi roll, and no one would know it took hundreds of thousands of dollars’ worth of therapy to get him to that place.

The yeshiva he attends has been wonderfully accommodating. They have made allowances for his full-time SEIT (Special Education Itinerant Teacher) support in and out of the classroom, tried to fit in his other therapies when possible, had their teachers coordinate with his team… all to try to “make it work” in Yeshiva. And it kind of is working – no one is asking him to leave.

So… success, right? Wrong. For years we’ve been saying at our meetings with the therapists that we feel it’s just getting harder every year. And they told us that it’s working — and obviously he’s way too high functioning for Special Ed, so we just keep making it work — because it’s good enough.

Well, we’re now at the point where “getting by” and “making it” is not good enough. A child should feel successful, and wanted. Right now our son is just tolerated.

We have spent 7 years training him to fit into a box that he simply wasn’t built for. Don’t get me wrong — we do not regret all that we have invested in him. All these years of ABA (Applied Behavior Analysis) and social groups and one-on-one learning have given him the ability to have friends and function in the regular outside world. But this kind of therapy can only take him so far. At ten years old, he’s looking at another seven years at least in a classroom setting where his self-esteem is being damaged on a regular basis.

To paint a picture: it’s 45 minutes into the rebbi’s Mishnayos lesson. Some of the kids are involved, some probably a little bored, but they’re managing. Our son is concentrating so hard just to do all the things he has to do at one time – not fidget, not space out or fall asleep, keep the place, even though his hand in that position is so uncomfortable. Try so hard not to obsess about the fact that twenty minutes ago rebbi said something that didn’t make sense to him … and then suddenly Rebbe is calling on my son and his dread turns to panic and the only thing he can say is a flat emotionless “I don’t know,” leaving the rebbi frustrated and my child embarrassed.

In the meantime, his classmates have picked up on dozens of cues he has missed. Like when the kid near them turned the page, they all realize to turn the page too. That went right over my kid’s head. Or when the rebbi had been walking towards him and speaking in an increasingly loud tone in his direction which all the other kids understood was meant specifically to “wake him up” but no, he did not pick up on that at all.

Then later during recess when the kids are trading snacks or choosing teams, something happens that he perceives as highly unfair. He then retaliates impulsively in a reaction that is out of proportion and makes everybody mad at him and he has no idea why. Then later the teacher is referring to something in the previous lesson which he missed because he was out with his SEIT, so he just checks out of that lesson entirely and puts his head down…

When he comes home from school and we ask him how was your day we get a practiced “great” because that’s what he’s supposed to say. But for the next two hours, anything we ask him to do is responded to with so much anger and self-pity we have to ask ourselves what is causing him so much pain. On the rare occasion that he is willing to express emotion we find out he feels guilty that he is letting down his rebbi. That he feels he’s the stupidest kid in the class (while he’s most likely one of the smartest) or that he feels he is being bullied (he’s not, but this is his perception).

In a day that requires so much effort to just “make it,” it’s no wonder he has no energy left to put forth into the world. We start wondering what this lofty goal is worth. Why put so much effort and have so many professionals working so hard to fit a round peg into a square hole for this ultimate dream of our child being in a mainstream yeshiva? Why is this so worth fighting for?

We’ve finally come to a tough realization: The process of trying to fit our child into this system is beating him down. He’d be better off feeling different and successful, than feeling like a failure among typical children.

We thought making that decision was the hard part, and all we’d have to do next was find the right place for our son to thrive. But none of the programs out there fit our child’s needs. We went to visit a self-contained special education school with a fabulous classroom structure: 6 boys and 2 rebbeim and completely individualized educational programs. Finally, all his mandated therapies (Occupational Therapy, Physical Therapy, speech and counseling) would all be woven into his schedule and they would work with him to create a curriculum that would meet his specific needs exactly. We were getting very excited until we were told that the children there have “major emotional and behavioral issues” which we were told could be highly detrimental to our son, who would feel very out of place, and likely learn negative behaviors from his peers.

We then visited an inclusion classroom in a mainstream yeshiva for children with learning disabilities. The rabbi who led the program was so fabulous we nearly signed up on the spot. Until we realized our son did not have a learning disability and would be cognitively so far ahead of his classmates he might feel even worse about himself than he did in his current setting.

We spoke to professionals. They referred us to other professionals, and everyone agreed with the concerns in each of the places. They all commended us on our approach as parents. The message across the board from the people running these programs and the people we consulted was “You are doing the right thing. You are asking the right questions. You are very good parents — but we don’t have experience with people like you. Most parents are very happy to stay in the mainstream system as long as they’re not getting kicked out!”

For some reason, we as a community have created a culture where we hold on to the dream of mainstreaming until our child is so damaged and beaten that the school kicks them out and only then do we resort to a Special Ed environment. Sadly, so many parents have chosen to sacrifice their children’s happiness and long term success for the loftier goals of their being “normal.”

Here’s what we have recently realized: Hashem did not give us a special child so we could try to make him un-special. Our mission as parents is not in fact to ensure that our children grow up to be like their peers and easily get good Shidduchim. Their purpose is to be as close to Hashem as they can. In order to feel close to Him they have to feel fulfilled and happy. To love learning they have to feel they can excel at it. To love Hashem, they have to feel worthy of love themselves.

Then we started thinking. There are probably so many other parents like us, and hopefully some of you are out there reading this right now – and you’ve been thinking “I wish there was a program for my child, but he’s so unusual – there just aren’t enough children like him. ” Well I’m here to tell you: YES. THERE. ARE.

If only more parents would come out of the woodwork and demand a program for children like ours, there would be one! I know my son is not the only ten-year-old boy in New York who needs a yeshiva, but does not have the stamina for a typical mainstream classroom, and yet does not have behavioral or cognitive learning disabilities.

And most importantly, we made connections, we spoke to some movers and shakers and it turns out those people who start schools – those people we thought we could never be – well, it turns out we can be those people. We now have some very real options of starting a program for our son and we hope that you join us. These children need a place to learn. A place to grow and feel loved and appreciated. A place they can excel and make friends and feel good about their Yiddishkeit. They are special children, and they deserve a special education.

Parents: if any of my son’s story resonated with you – ask yourself; is your child happy? Is he achieving his goals and feeling successful? Or perhaps, would he benefit from a more specialized environment that would foster a healthy self-esteem and a love of learning?

This is attainable. There is strength in numbers and together we can make a change. Let’s give our children the truly special education they deserve.

If you have a child whose needs are not being met within the programs that are currently available, please email SpecialEnoughChildren@gmail.com.