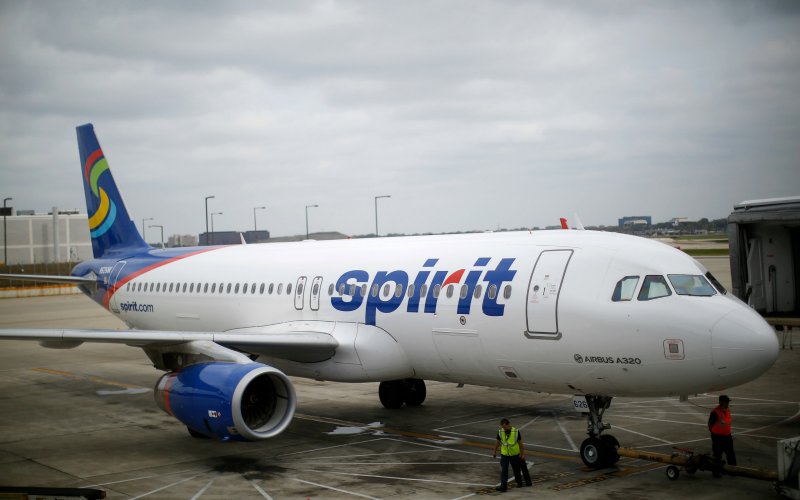 That’s the pitch Spirit Airlines is making to customers looking to book flights on the go. Starting Sept. 1, customers can message the discount carrier over WhatsApp to start making reservations, ask questions or modify their travel. The service will be available in English and Spanish.

“We launched this service to better connect with our guests, both domestically and abroad, as many have told us that they would rather communicate on a familiar and convenient service like WhatsApp,” said Bobby Schroeter, Spirit’s vice president of sales and marketing.

Spirit, which recently made headlines after a bat nestled itself in an overhead bin, has found itself among the lowest-rated airlines in America. Though the carrier touts its seriously low base fares, the add-on costs can pile up quickly. Want to check luggage? Carry on a bag? Pick your seat? Get a bottle of water? It’ll cost you.

Spirit Airlines spokeswoman Haven Kaplan said there’s a $25 charge for a new booking or modification through WhatsApp, which is what it would cost to book over the phone. Booking fees are waived if customers book online.

Other airlines have experimented with the most direct ways to reach travelers – often with a focus on customer service. This summer, Delta Air Lines said it was testing a new feature that lets travelers send the airline a message from an Apple device if they have questions or other issues. A spokeswoman for United Airlines told CNBC that it was considering a chat platform for when customers need support.

Other carriers lean more heavily toward Twitter, often responding to frustrated fliers stranded by cancellations or delays. American Airlines, for example, embeds staff in its operation center in Fort Worth, Texas, to help travelers tweeting about flight issues, according to CNBC.

In Spirit’s case, customers will first interact with a chatbot to pinpoint basic information about a request and then be passed on to a Spirit agent. Guests finalize their flights by following a link that takes them outside WhatsApp.

Zach Honig, editor-at-large of the travel blog the Points Guy, said he believed this marked the first time a U.S. airline would assist passengers through WhatsApp specifically. Some international carriers, such as Etihad in the United Arab Emirates, offer similar support.

Unlike other forms of social media and texting, WhatsApp is widely used in the Caribbean and Latin America, where the bulk of Spirit’s international flights go. The airline operates more than 600 daily flights to 76 destinations.

Earlier this year, Spirit Airlines chief executive Ted Christie said the airline’s low fares draw travelers who might otherwise drive to their destinations or who don’t travel much. The airline rolled out new destinations this year including Austin, Indianapolis and Raleigh, North Carolina, and plans to expand its fleet of planes to around 175 by the end of 2021.

“When you allow people to pick and choose those things that they like, that’s how they deliver an even lower fare for themselves,” Christie said.