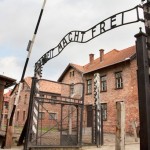 Israeli tourists visiting the concentration camp complex at Auschwitz have been horrified by the installation of a sprinkler system to cool visitors during a heat wave, saying it reminded them of theway Jews were herded into fake showers to be gassed by the Nazis.

“As soon as I got off the bus, I walked into the shower contraption…. I was in shock. It was a punch to the gut,” Meyer Bolka told the Israeli site Ynet. “I think that in a place like this they should have thought about the type of connotation this would raise,” he added, saying the contraption reminded him of gas chambers. “If you want to cool the people down, you need to find another solution. It was not a pleasant sight to see those sprinklers.”

After fielding inquiries about the setup, the museum posted a detailed explanation on its Facebook page, citing concern for the health of visitors standing in open sun during a heat wave as they wait to enter the site. The museum wrote:

Because of the extreme heat wave we have experienced in August in Poland, mist sprinklers which cool the air were placed near the entrance to the Museum. They are located in one place—near the area where a queue of people who collect the entry cards to the Memorial is formed. This is a place in the open sun and without any possibility of hiding in the shade where sometimes you need to stand for quite a long time since the Memorial is visited by thousands of people every day. The sprinklers are installed on the days of highest temperatures and removed when the temperature drops.

Among visitors there are many people who come from countries where such high temperatures as we have this summer in Poland do not occur. Something had to be done, as we have noticed cases of faints among people and other dangerous situations. Therefore we had to do everything we could to minimise the risks connected with the heat and high temperatures. The safety and health of visitors are our priority during the period of extreme heat.

The museum also seemed to dismiss the kind of “connotation” Bolka mentioned. “It is really hard for us to comment on some suggested historical references,” the museum wrote. Though gas chambers were disguised as shower installations to mislead the victims, “the mist sprinkles do not look like showers, and the fake showers installed by Germans inside some of the gas chambers were not used to deliver gas into them. Zyklon B was dropped inside the gas chambers in a completely different way—through holes in the ceiling or airtight drops in walls.”

More than a million people visited the Auschwitz Memorial during the first seven months of this year, a pace that’s on track to beat last year’s visitor record of 1.53 million. Temperatures in Poland soared this August as visitors continued arriving at the museum. Sunday saw a high of 95 degrees Fahrenheit.

Reactions from Jewish leaders who chose to comment about the situation were mixed, with many recognizing the associations and agreeing that another setup would have been preferable, but pointing out that the intention was one of concern for visitors.

“The administration wanted to ensure the safety of their visitors,” Michael Schudrich, chief rabbi of Poland, told The Jerusalem Post. “In retrospect, a more sensitive construction and location could have been found. However, I am moved by the concern for the welfare of visitors shown by the administration.”