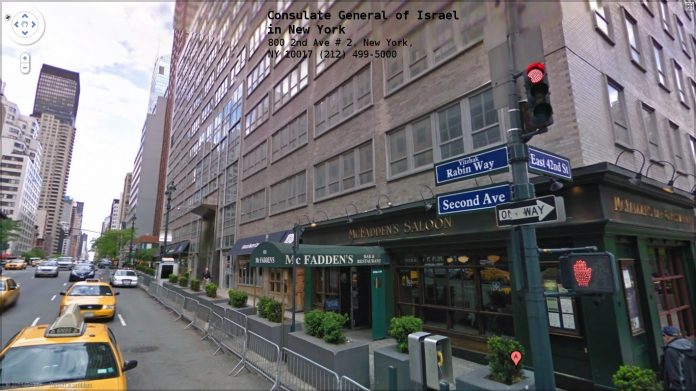 A state of emergency was briefly declared at Israel’s New York Consulate Friday and a suspect was detained after arousing the suspicions of security personnel.

The suspect was apparently loitering around the building, and his appearance and strange behavior caused personnel to suspect he could be carrying an explosive belt.

The consulate was closed off for a short time, with no one entering or leaving. The man was eventually taken into custody by New York police and the consulate was reopened with no harm done.