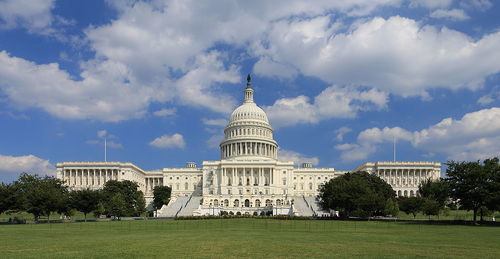 A growing number of southern states are taking matters into their own hands to remove Confederate statues from the Capitol in the absence of action by Congress.

The House passed a bill late last month to remove statues of people who served the Confederacy or otherwise defended slavery that are displayed around the Capitol complex, but the GOP-controlled Senate has declined to take it up.

Many Republicans say it should be up to states to decide — and some states are doing just that.

Top state leaders in Georgia endorsed the idea of replacing a statue of Alexander Hamilton Stephens, the Confederacy’s vice president, with one of the late civil rights legend Rep. John Lewis (D-Ga.).

A Virginia state commission voted in late July to remove a statue of Confederate army commander Robert E. Lee from the Capitol, although a replacement statue has yet to be determined.

And a North Carolina legislative committee last week approved a model of a statue of the late evangelist Billy Graham to replace the statue of former governor Charles Aycock, who held white supremacist views.