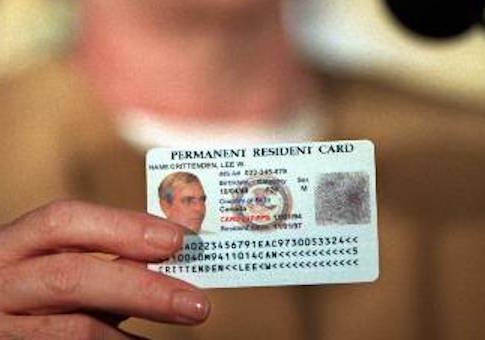 In the rapid expansion of states with voter-identification laws and the backlash of litigation that always follows, there is one constant from proponents: that the Supreme Court already has declared them constitutional.

The court ruled in 2008 that Indiana’s requirement for a photo ID was legal, with none other than liberal Justice John Paul Stevens writing what was described as the “lead opinion” in a fractured 6-to-3 ruling.

But in the years since, Stevens – who retired from the court in 2010 – has never seemed comfortable with his role in the case. And he recently expressed doubts again about whether he had all of the information he needed in reaching what he called a “fairly unfortunate decision.”

Stevens discussed Crawford v. Marion County Election Board in a “conversation” with his replacement, Justice Elena Kagan, at the judicial conference of the U.S. Court of Appeals for the 7th Circuit. Their gentle interrogator was a member of that court, Judge Diane P. Wood.

It was Wood’s question about whether judges should base their decisions only on the record before them – or whether it’s permissible for them to use research they conduct on their own – that led to Stevens’ ruminations.

Indiana was one of the first states to enact a strict photo-ID requirement, which the Republican-controlled legislature said was needed to avoid voter fraud.

It did not matter that it could point to no evidence that fraud had occurred, the state argued. The integrity of the voting process is so important that states are allowed to put in safeguards before a problem presents itself, the state contended.

Democrats challenged the provision, saying that although the use of photo ID seems ubiquitous to most, many poor and elderly people were less likely to have the kind of identification that Indiana required. The legislature’s real interest, the challengers said, was discouraging voters who tend to vote Democratic.

But a district court and a panel of the 7th Circuit said the challengers had not proved their case; for one thing, they lacked a compelling portrait of people who had been denied the ability to vote.

(Judge Richard Posner, who wrote the panel’s opinion, has since said he got it wrong and that the photo-ID requirement is “now widely regarded as a means of voter suppression rather than of fraud prevention.”)

The Supreme Court in the 2008 case said the lower courts “correctly concluded that the evidence in the record is not sufficient to support a facial attack on the validity of the entire statute.”

When the court decides a law is “facially” unconstitutional, it means that it can never be applied in a way that would overcome its shortcomings.

Stevens, who was joined by Chief Justice John G. Roberts Jr. and Justice Anthony M. Kennedy, mentioned a dozen times in the opinion that it was based on “the record” in the case.

“I learned a lot of things outside the record that made me very concerned about that statute,” Stevens said in the conversation with Kagan and Wood. “So I had the question: Should I rely on my own research or what’s in the record?”

“And I thought in that case I had a duty to confine myself to what the record did prove, and I thought it did not prove the plaintiffs’ case. And as a result, we ended up with a fairly unfortunate decision.”

Stevens alluded to his quandary in a footnote in the opinion: “Supposition based on extensive Internet research is not an adequate substitute for admissible evidence subject to cross-examination in constitutional adjudication.”

In the conversation, Stevens noted that dissenting Justice David H. Souter did not share his reluctance.

“I thought David wrote one of his best opinions, relying partly on material that was outside the record,” Stevens said.

Kagan the justice briefly became Kagan the journalist as she asked the right follow-up question after Stevens explained his approach.

“Would you do it the same way again?” she asked.

“I think I would,” replied Stevens, who turned 96 last month and mentioned that he is writing a new book. “That’s a tough question. I really don’t know for sure.”

Stevens’ switch would not have changed the outcome of the case. And some think his approach gave Roberts and Kennedy a chance to join an opinion that said future challenges to photo-ID laws were possible, rather than join fellow conservatives in a opinion that would have more firmly shut the door.

The question of how much judges should rely on their own research is a hot one, especially as the Internet has opened all sorts of possibilities.

A 2012 research paper by College of William and Mary law professor Allison Orr Larsen covering 15 years of Supreme Court decisions found more than 100 examples of asserted facts from authorities never mentioned in any of the briefs in the case.

And in the 120 cases from 2000 to 2010 rated the most salient – judged largely by whether they appeared on the front pages of newspapers – nearly 60 percent of them contained facts researched in-house.

Kagan reverted to justice status when asked by Wood about her own views.

“I think you have to be careful,” Kagan said, noting that Supreme Court justices are “not hermetically sealed” from the world around them.

And no doubt, Kagan was thinking about the immediate future with her caution: The court is likely to be called upon to pass judgment again on photo IDs before the presidential election in November.