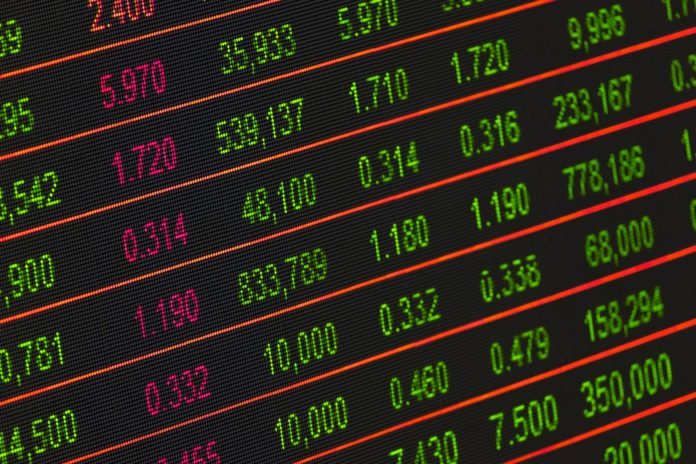 Stock roared Tuesday coming off the holiday weekend, as the national shutdown continues to unwind, more drug companies chase coronavirus vaccines and the New York Stock Exchange reopened its floor to traders for the first time in two months.

The Dow Jones industrial average shot up nearly 600 points Tuesday, about 2.3 percent, on the heels of its 3.3 percent gain last week.

The Standard & Poor’s 500 index was up 57 points, about 1.9 percent. And the tech-heavy Nasdaq showed a 1.6 percent gain. All three indexes are coming off strong gains last week and are positive for May.

Dow component Merck was up in early trading after the pharmaceutical giant announced several advances against the coronavirus, including teaming with another company on the development of a vaccine as well as new treatments for virus patients.

Merck joins several companies racing to develop a vaccine to stop the disease, which has claimed nearly 100,000 American lives.

Maryland-based Novavax also reported Monday that it has entered human study for a vaccine virus. Massachusetts-based Moderna last week reported that it had found good results from a small, early trial for its own vaccine. Pfizer, Johnson & Johnson and others are also trying to develop a vaccine for use as early as this year.

“One of these is going to work,” said Scott Gottlieb, former Food and Drug Administration commissioner in an interview with CNBC Tuesday morning.

Though the coronavirus continues to spread, the U.S. is showing signs of revival even as the nation’s jobless claims pushed toward 40 million last week. The unemployment rate jumped to 14.7 percent in April, the worst level since the Great Depression.

President Donald Trump’s economic adviser Kevin Hassett in a weekend interview with CNN predicted that unemployment numbers will get worse before they begin to trend downward. The May report will be released on June 5.

Unemployment, said Hassett, “is going to be quite a bit higher.”

Airlines reported increased passenger traffic over the holiday weekend, although it is still a fraction compared with a year ago. Restaurants and hotels are seeing some increase in bookings. As a result, airlines and cruise stocks have begun climbing out of dismal lows.

Oil prices continue to rise as supply and demand rebalance with more people driving and producers slowing production. U.S. benchmark West Texas Intermediate was selling for nearly $35 per barrel Tuesday, more than triple the price of one month ago. Brent crude was selling for around $37. Those prices are still well below what most producers prefer, but oil experts say the momentum is going in the right direction for companies to earn a profit.

The New York Stock Exchange on Tuesday reopened its floor, allowing traders back on under restrictions that include temperature checks, social distancing, masks and Plexiglas barriers. The pandemic forced it to shift to all-electronic trades on March 23.

European markets swelled on Tuesday. The French CAC was up 1.24 percent, Britain’s FTSE 100 was up 1 percent and the German Dax gained .87 percent in mid-day trading.

Asian markets boomed overnight, seeming ignoring rising tensions between the U.S. and China over a crackdown on pro-democracy activists in Hong Kong and China’s role in the coronavirus pandemic. Japan’s Nikkei up 2.5 percent, the Shanghai Composite up 1 percent and Hong Kong’s Hang Seng Index a robust 1.9 percent.