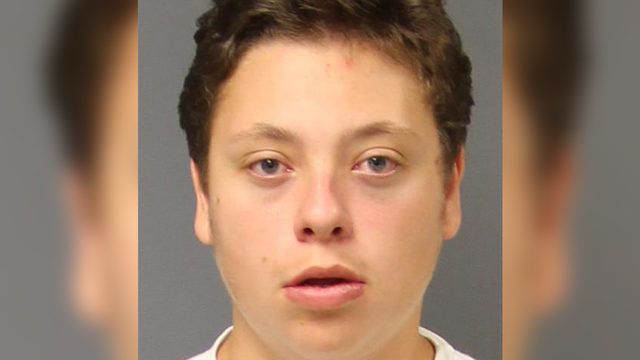 For nearly a year, Paul Steber had been planning, prosecutors say.

The 19-year-old from Massachusetts had chosen a university in North Carolina to begin his freshman year because, he told authorities, it was easier to get guns there. Since last Christmas, prosecutors said, Steber had been thinking about committing violence: He studied past mass shootings and had stocked his dorm room with weapons.

But the plan never came to be.

On Tuesday evening, a week into the fall semester at High Point University in North Carolina, other students on campus reported to staff that Steber had two guns, according to a letter from university officials obtained by Fox 8. Campus security responded, the firearms were confiscated, and the High Point Police Department began investigating.

Authorities found ammunition, a 9mm semiautomatic pistol and a double-barrel 12-gauge shotgun, High Point police said in a news release. Steber was initially charged with two felony counts of carrying weapons on campus, which is legal in some states but not in North Carolina.

Later, after an interview with authorities, Steber was also charged with communicating a threat of mass violence on educational property, police said. Documents obtained by Fox 8 called Steber a “threat to society” and said he had a “plan and timeline to kill people,” the TV station reported.

The 19-year-old was booked into the Guilford County Jail on a combined bond of $3 million. At his first appearance court hearing on Wednesday, a judge ordered Steber to be held without bond for up to 10 days while he undergoes a mandatory mental health evaluation.

Steber’s father drove from Massachusetts for the court hearing, reported the Associated Press.

“This is any parent’s worst nightmare,” defense attorney John Bryson said in court. “He’s obviously very concerned about his son.”

Assistant District Attorney Lori Wickline gave the judge a detailed outlined of the information their investigation had already uncovered. She told the court that Steber explained to officers that he had been thinking about committing violence since last December and had intended to carry out a shooting by Christmas 2019, reported ABC News.

“He had been recently watching videos of the Charleston mass shooting down in South Carolina and other mass shootings so that he could learn what to do and what not to do,” Wickline said, reported the AP.

Prosecutors also told the court that Steber desperately wanted to pledge a fraternity and that his plan hinged on his success. If his roommate was accepted and he was not, Steber allegedly told authorities, he was going to shoot the roommate and himself, reported ABC News.

In a letter to students, school officials said university staff and security “appreciate that students reported finding the firearms” and encouraged students to follow “the rule of ‘if you see something, say something.'”

“It’s one thing to hear about it at another school or something like that, but you never feel it’s going to happen where you go to school, right here where you live and go to class every day,” a junior student at the university, Colton Zenni, told Fox 8. “It’s pretty disconcerting to think something like that could really happen anywhere. It could happen on your own campus.”

Police Chief Ken Shultz told the High Point Enterprise that these incidents “are the type of situations that the whole country is concerned about.”

“This is an example of how it was done right, where somebody saw a concern and reported it to authorities,” Shultz told the newspaper. “We were able to act before anything could happen.”