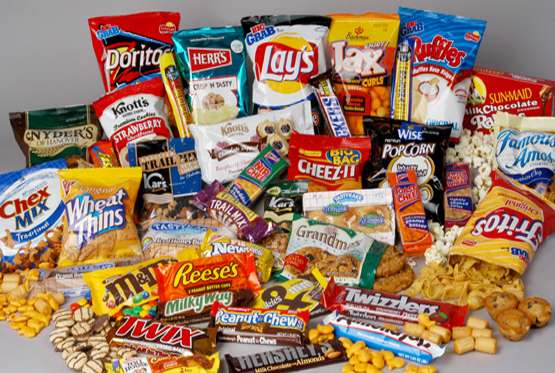 If you’ve pulled an all-nighter and spent the next day feeling ravenously hungry, scientists may have just figured out why.

A new paper, published in the journal Sleep on Monday and partially funded by the Department of Defense, makes the case that sleep deprivation can trigger powerful changes in how you eat that are akin to the “marijuana munchies.” Researcher Erin Hanlon from the University of Chicago described the effect as enhancing “the guilty pleasures” of sweet, salty, high-fat and other potentially bad-for-you foods.

Hanlon and her colleagues’ study was small – involving just 14 healthy men and women in their 20s – but extremely controlled. All the participants came in for two four-day visits during which their sleep and food intake were closely monitored. During the first visit, the participants spent 8.5 hours in bed each night, resulting in an average of 7.5 hours of sleep. During the second, they were restricted to 4.5 hours in bed and got an average of 4.2 hours of sleep. At each visit they were given identical meals at 9 a.m., 2 p.m. and 7 p.m.

While testing various aspects of their blood during the study, the scientists found an intriguing change – limiting sleep appeared to amplify and change the daily rhythm of a chemical signal known as endocannabinoid 2-arachidonoylglycerol or 2-AG. That’s part of the body’s endocannabinoid system, which is believed to impact appetite as well as motor learning, pain and some cognitive functions and is the same one targeted by the active ingredient in marijuana.

In an interview, Hanlon explained that when asked about how they felt about food after normal sleep vs. short sleep, the study subjects reported feeling hungrier when they had had less sleep.

“They had a stronger desire to eat and thought they could eat more,” she said.

When the volunteers got a healthy or normal amount of sleep during the first stage of the study, blood levels of the signal tended to be low overnight, slowly rise during the day, and peak at around 12:30 p.m. But when they were sleep-deprived in the second part of the study, their levels of 2-AG rose higher, peaking at around 2:30 p.m., and remained elevated through the evening.

The corresponding impact on their feelings about food and eating habits was striking. Not only did they report higher scores for hunger and a stronger desire, they ate nearly twice as much fat as when they had slept for eight hours when they were given access to a buffet full of snacks, such as cookies, chips and candy.

Staying awake longer could lead the body to crave more food to create the additional energy it needs, Hanlon explained. However, while people are estimated to only need 17 extra calories per extra hour of being awake, the body appears to overcompensate by triggering bingeing.

In the study, for example, the participants ate an average of 300 extra calories, which is much more than they need and, if sustained over a long period of time, would likely lead to weight gain. Most of those extra calories were from carbohydrates and fat.

“What we found is that it’s not just about energy homeostasis but also for the reward or pleasurable aspects of hedonistic eating,” Hanlon said.

In a commentary accompanying the paper, Frank Scheer of the Medical Chronobiology Program at Harvard University’s Brigham and Women’s Hospital, said that despite the study’s limitations, such as its small size and short duration, it provides “compelling” evidence that our brains as well as our bodies may be involved in triggering hunger when we’ve had inadequate sleep.

Hanlon said that the study implies that the accumulation of sleep loss should be taken more seriously given the extraordinary changes in the body the researcher saw in just four days.

“The large overarching message is sleep restriction and sleep deficiency have been associated with multiple deleterious outcomes, and it’s important for us to realize that adequate sleep is an important aspect of maintaining good health,” she said. “People who believe in the old adage ‘I’ll sleep when I’m dead’ need to revisit their thinking.”