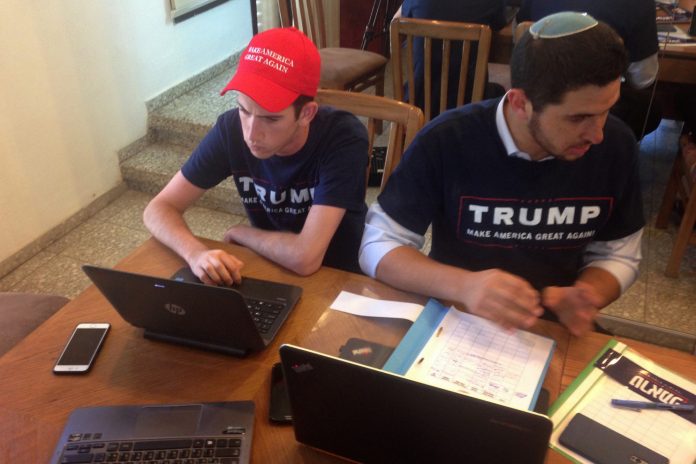 A new study examining the roots of liberalism within the American Jewish community has found that Jewish voters are “more pro-choice” than “pro-Israel” when voting.

While American Jewish voters are concerned about Israel, they don’t make the Jewish state their top voting issue, and instead focus more on social issues such as whether or not a candidate is pro-choice, the study contends. It was published by the Ruderman Program for American Jewish Studies at the University of Haifa and penned by Professor Gil Troy of McGill University.

“This doesn’t make American Jews anti-Israel, on the contrary, they perceive the Democratic Party as taking a strong pro-Israel stance, proving that progressive Zionism is not an oxymoron,” the findings showed. “Thus we can say that American Jews are more pro-choice than pro-Israel in the voting booth, but pro-Israel nevertheless.”

Despite efforts by the Republican Party to reach out to Jewish voters over the last few decades, the “liberal-Jewish-Democratic connection has strengthened not weakened since Ronald Reagan,” the study said.

“Even though the Republican Party is more pro-Israel than ever, and sometimes more ‘pro-Israel,’ (however you define that) than the Democratic Party, American Jewish liberalism has become a mentality, a sensibility, an ideology, a cultural identity.”

Furthermore, the study also found that American Jews “more than ever” are embracing their liberalism, especially amid the contentious 2016 presidential race.

“United by the fear of Evangelicals, ‘Trumps’ and the Tea Party their liberalism is defined by freedom, liberation and autonomy.”

“The Jewish community remains extremely active in American politics and has achieved real impact on so many levels of the political scene, yet the motivations of the community are varied and complex,” said Jay Ruderman, president of the Ruderman Family Foundation that published the survey. “The secret of the community’s political success can be boiled down to an intense desire to improve American society and its role in the world.” JNS.ORG