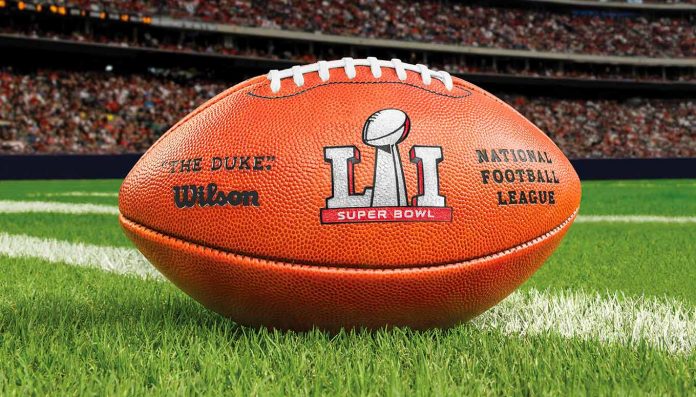 They told me this morning at the Daf that  Super Bowl Sunday is the busiest pizza day of the year. And 1.33 billion chicken wings will be consumed! As everyone gets ready for a gastronomic infusion, I would also like to weigh-in with some thoughts.  At the outset, I would like to make a very un-American confession:  I really don’t like football.  I just don’t relish the idea of watching people hitting another human being down to the ground.  However, as I realize that millions of people do not share my feelings, but are rather glued to this sport, I would like to share some thoughts on this very American pastime.

The Chofetz Chaim, Zt”l, Zy”a, used to say that we could learn something vital from everything that goes on around us.  He would say that, from the telegraph, we learn that every word counts.  From the radio, we are taught that something said on one side of the world can make an impact even on people on the other side of the world.  From trains we learn that being even one minute late can make all the difference in the world.  I would like to suggest that from the sport of football we could also learn many vital fundamentals of life.

One of the basics of the game is that you have four tries to get to a first down.  Many strategies and machinations are employed to reach that objective of a first down – and a whole new start.  This is a very important Jewish philosophy for life.  The Torah Jew is always trying to make a fresh start.  In Ashrei, which we say three times a day, we conclude with the statement, “Va’anachnu n’vareich Kah, mei’atah v’ad olam, Hallelu-Kah – And we will bless G-d, from now and forever, we will praise him.”  The word mei’atah, from now, is extremely puzzling.  After all, this is not the first time we are saying Ashrei.  Many of us have been saying Ashrei three times a day, every day, for many decades.  Yet, each time we say ‘from now!’  The reason we do so is that we are emphasizing that each time our praise is new, it’s fresh, it’s a new start – and, from now on, it will be more meaningful, more heartfelt.  We say this every time because each time we’re going for a first down.

The smart person is always trying to make a new start in his or her Torah studies.  He doesn’t make the mistake of looking back and crying over all of the wasted years.  He doesn’t sigh about what he could have known by now – for this is the road to yiush- hopelessness, despair, and giving up.  Rather, he looks to make a new start.  For example, he looks to start the Daf Yomi cycle this coming March.

This is why the Jewish People are always compared to the moon – for it constantly renews itself.  We, too, try not to become stale in our marriages but rather attempt to always make a fresh start, a new approach to our relationship with our life’s mate.  Indeed, the laws of Taharas HaMishpochah are explained in Masechtas Niddah to achieve the ideal that a wife should always be to her husband like a kallah, a new bride.

The objective of football is to score a touchdown.  This too is a very important lesson.  In life, we need to focus on goals.  Too many people live aimlessly and routinely without defined ambitions and goals.  In order to succeed in the “game” of life, we need to establish a set of goals for ourselves.  Such goals might include spending a certain amount of time per week with each of our children; it might embrace giving a certain amount of our income to tzedakah; it might include ambitions of Torah study such as being ma’aver sedra, reviewing the weekly parsha each and every week with the goal of finally finishing Chumash and Rashi from cover to cover; it might be a halachic ambition to get an overall knowledge of the Mishnah Berurah or the Kitzur Shulchan Orech; it might be the aim of finally learning the meaning of all of our daily prayers including the Shir shel Yom, the Daily Psalm.  Our goals might also include plans to finally learn Tanach – something many of us were unable to ‘tackle’ during our yeshiva days.  Of course, there are many other goals such as giving parents nachas, helping one’s spouse fulfill a dream, acquiring a good friend, doing something for your community, visiting Eretz Yisroel, and many others.

We will find that when we set goals for ourselves, our life will take on a much more purposeful and meaningful existence.  And with the fulfillment of our goals, comes the joys and thrills of scoring touchdowns.

Then, there’s the field goal.  Sometimes, when a team is at the 4th down and the objective of scoring a touchdown in the conventional manner is bleak, the coach will opt for a second best – to kick – with the hope of scoring a field goal.  While it’s only 3 points instead of 6 or 7, it’s far better than nothing at all.  This too is a very great lesson.  Sometimes, our goals are too grandiose and, when we attempt to do too much, we fall on our faces and end up accomplishing nothing.  This is why so many of our new year’s resolutions are left behind in the dust – since, when we made our kabolos, our commitments, we tried to do too much.

A classic example of this problem is when someone is motivated to pray with more kavanah, more concentration.  He or she attempts to go cold turkey from no kavanah at all, all the way to concentrating on every single word.  This is setting oneself up for almost certain failure and disappointment.  It behooves us to think about the words of the Orchos Chaim L’HaRosh who says that we should aim to have kavanah in the first bracha of Shemone Esrei and the first chapter of Krias Shema.  Likewise, if we see that we can’t find time to be with our children every day, let’s at least go for a field goal and find ample time for them over the weekend instead of giving up entirely.  This concept can be applied to most areas of life.

Finally, when the receiver catches the football, he runs and employs evasive maneuvers with one sole aim – not to get tackled.  He never turns around and puts up a fight.  Our Yeitzer Hara, the evil inclination, is likewise constantly attempting to tackle and derail us from our spiritual mission.  The wise person learns to employ evasive maneuvers in order not to come head-to-head with the Yeitzer Hara.  Indeed, the Gemora teaches us, in Masechtas Avodah Zarah, that if one has the choice of two roads to take, and one of those paths passes by women while they are bathing, if he chooses to take that path (figuring that he will turn away when he comes to that area) he is considered a rasha.  Such is the condemnation for one who opts for open confrontation with the Yeitzer Hara!

Therefore, when we are in Shul, we should not choose to sit at the table (which is generally located in the back) where people are talking.  Similarly, if we know that a group of people is talking Shul politics, neighborhood politics, school politics, bungalow politics, or office politics, we should head for the hills rather than participate in such potentially spiritually lethal conversations.  Remember, the name of the “game” is to avoid being tacked at all costs.  Exposing our children to unfiltered or unsupervised Internet is like standing in the middle of the football field and proclaiming, “Come!  Hit me!”  Similarly, hanging around with the wrong crowd can be detrimental to married life and, of course, to yeshiva boys and girls as well.

May it be the will of Hashem that we can follow these “rules” improving our lives, and earning the blessings of Hashem for a long life, good health, and everything wonderful.

Rav Weiss has recently started to post some special lectures on Facebook. Friend him at  Rabbi Moshe Meir Weiss to enjoy these posts and more.

“NOT BIDEN’S FAULT”: Whoopi Goldberg: ‘Gas Prices Aren’t Bad Because Of Anything Biden Did,’ Baby Formula Shortage ‘Not On Him’