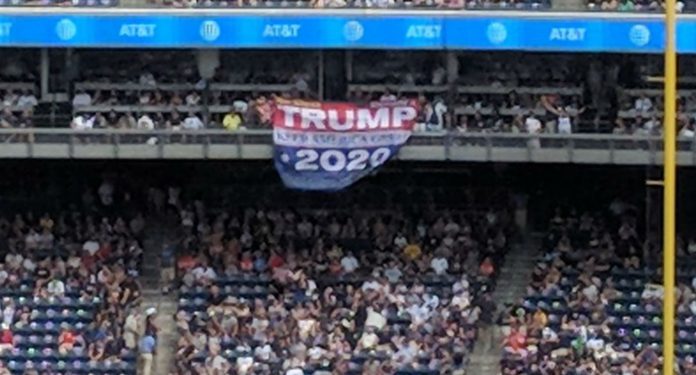 Supporters of President Trump unveiled a large “Trump 2020” banner during a baseball game at Yankee Stadium in New York City on Sunday.

The banner, which included Trump’s “Keep America Great” reelection slogan, was reportedly displayed during the eighth inning in a game against the Kansas City Royals.

The banner was met with mixed reactions. Some baseball fans booed and gave the banner while others cheered and whistled.