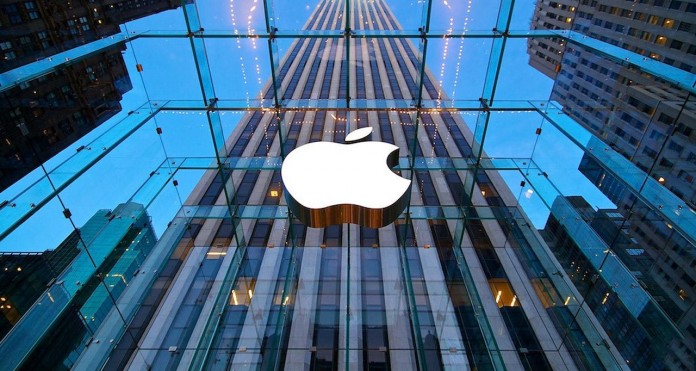 Apple suffered a significant defeat at the Supreme Court on Monday, when the justices ruled that consumers could forge ahead with a lawsuit against the tech giant over the way it manages its App Store.

The 5-4 decision allows device owners to proceed with a case that alleges Apple has acted as a monopoly by requiring iPhone and iPad users to download apps only from its portal while taking a cut of some sales made through the store.

The ruling could have serious repercussions for one of Apple’s most lucrative lines of business, while opening the door for similar legal action targeting other tech giants in Silicon Valley. But the court’s opinion – led by conservative Justice Brett Kavanaugh, who joined its liberal justices in the majority – did not rule on the merits of the lawsuit itself.

“Apple’s line-drawing does not make a lot of sense, other than as a way to gerrymander Apple out of this and similar lawsuits,” Kavanaugh wrote.

Apple did not respond to a request for comment.

At the heart of the case is Apple’s handling of iPhone and iPad apps created by third-party developers and made available on its heavily curated App Store. Apple long has taken a commission on every paid app sold through this portal, rankling some developers that essentially see it as a tax.

The policy led iPhone owners to band together in 2011 with a class-action lawsuit, led by plaintiff Robert Pepper, who argued that consumers ultimately felt the brunt of Apple’s policies because developers raised the prices of their apps. These consumers brought their case under federal antitrust laws, arguing that Apple’s practices made it a monopoly.

In response, Apple pointed to decades-old Supreme Court precedent that found only the “direct purchasers” of a service are eligible to bring such an antitrust lawsuit in the first place. The iPhone giant said it only acted as the intermediary, providing a storefront where consumers found and purchased the apps they later installed on their phones.

But the Supreme Court rejected Apple’s interpretation. Speaking from the bench, Kavanaugh said Apple’s theory of the case “contradicts the text of the antitrust statute, which broadly affords any injured party a right to sue.”

In doing so, Kavanaugh also cautioned the ruling itself is limited. “The sole question presented at this initial stage of the case is whether these consumers are proper plaintiffs for this kind of antitrust suit,” he said. “We conclude that the answer is yes.” He was joined by the court’s consistently liberal justices: Ruth Bader Ginsburg, Stephen Breyer, Sonia Sotomayor and Elena Kagan.

Kavanaugh made clear that the court was not assessing the “merits of the plaintiffs’ antitrust claims against Apple” or possible defenses that Apple could present. It could be that plaintiffs were not actually injured, he wrote in his opinion. Hypothetically, he wrote, “If the monopolistic retailer’s conduct has not caused the consumer to pay a higher-than-competitive price, then the plaintiff ‘s damages will be zero.”

But even before the ruling, the case had spooked broad swaths of Silicon Valley. An organization representing Facebook, Google and other tech giants filed early legal briefs in Apple’s defense, telling the Supreme Court that a decision allowing the lawsuit to proceed would put “these platform services. . . under threat.”

That trade group – called ACT | The App Association – again expressed disappointment Monday with the justices’ ruling. It feared it would harm developers while exposing other storefronts for third-party apps – from online gaming platforms to smartphones – to a wide array of new legal assaults.

“In the short term, we’ll have to see if law firms look to create class action lawsuits against those platforms,” said Morgan Reed, the organization’s executive director.

Justice Neal Gorsuch – who, like Kavanaugh, was chosen for the Supreme Court by President Trump – wrote the dissent. He said he would have overturned a lower court’s decision that allowed the case to proceed, arguing the majority had imposed a “senseless” rule that courts will find impossible to implement and companies will find easy to evade.

“All Apple must do is amend its contracts,” Gorsuch wrote. “Instead of collecting payments for apps sold in the App Store and remitting the balance (less its commission) to developers, Apple can simply specify that consumers’ payments will flow the other way: directly to the developers, who will then remit commissions to Apple.”

“No antitrust reason exists to treat these contractual arrangements differently, and doing so will only induce firms to abandon their preferred-and presumably more efficient-distribution arrangements in favor of less efficient ones,” he continued.