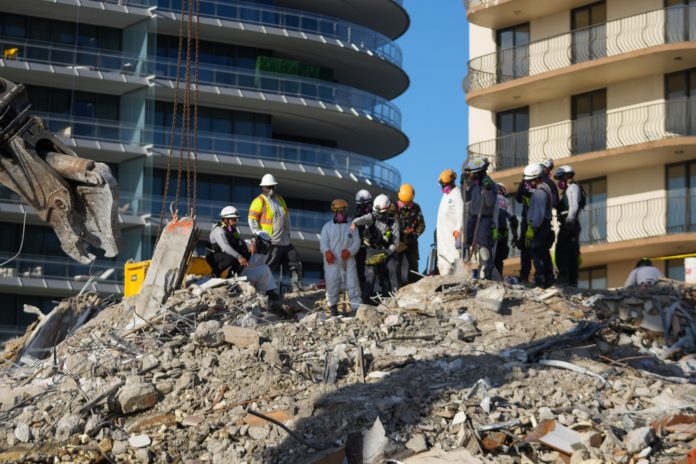 2 more victims were recovered Friday night at the site of the Florida condominium building collapse, bringing the confirmed death toll to 24.

Six more victims have been identified over shabbos.

Search and rescue efforts have been paused as demolition teams prepare to take down the remaining standing section of the condo tower, which engineers say could topple and poses a serious risk to rescue workers.

Miami-Dade mayor Daniella Levine Cava did not say when they plan to demolish what’s left of Champlain Tower, but officials said earlier today that it could happen as soon as Sunday, ahead of the expected arrival of Tropical Storm Elsa.