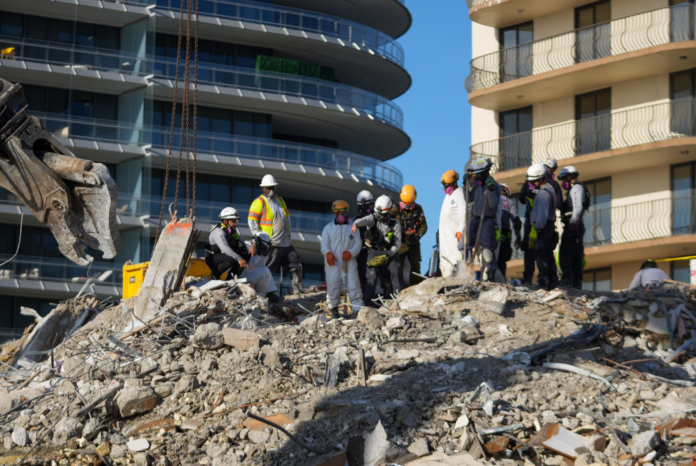 An additional body has been pulled from the rubble of the collapsed Champlain Towers South condo building in Surfside, Florida, bringing the confirmed death toll to 28.

26 of those confirmed to have been killed have been identified.

117 people remain unaccounted for, and officials say that number could change as they continue to audit their list of missing people.

Tropical Storm Elsa is currently bearing down on Florida and is expected to impact Surfside, although not directly, bringing heavy rain and winds with it, which could hamper search and rescue efforts.