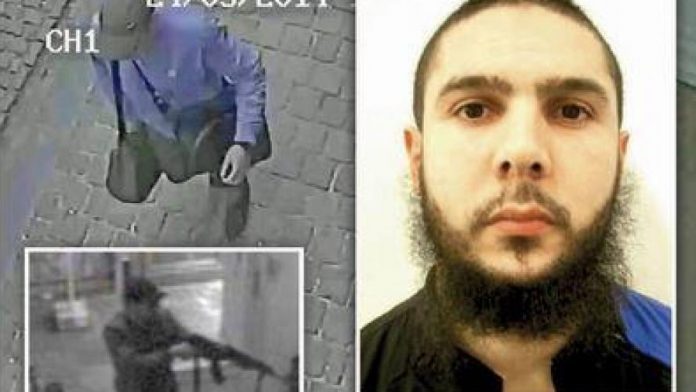 The suspected perpetrator of the May 2014 shooting at the Jewish Museum of Belgium that left four people dead made a court appearance in Brussels on Thursday ahead of the scheduled start of his trial next month.

Mehdi Nemmouche — a 33-year-old French national of Algerian origin — was arrested at a train station in Marseilles a week after the attack.

Before the attack, Nemmouche had spent more than a year in Syria fighting for ISIS.

It is believed Nemmouche was radicalized during a 2007-2012 stint in French prison.

An alleged accomplice in the museum attack, 30-year-old Nacer Bendrer, also appeared in court on Thursday.

The attack was the first of a series in Europe believed to have been carried out by ISIS members who had returned home from Syria.

Parts of the attack — which lasted less than a minute and a half — were recorded by security cameras. The assailant was armed with a Kalashnikov rifle and a handgun.

The trial is set to commence on Jan. 10.