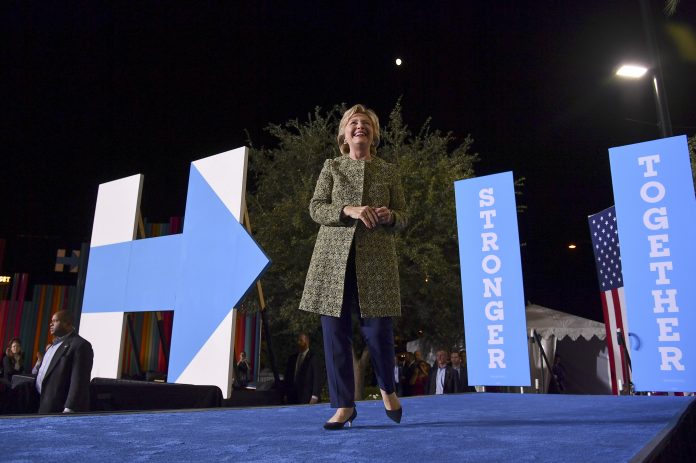 An envelope with suspicious white powder prompted panic at Hillary Clinton’s campaign office in New York on Friday evening. Two interns reportedly discovered the substance when they opened the envelope at the campaign’s Manhattan office, and it was then brought to the Brooklyn office, police said. It’s unclear why it was transferred to another office.

Four people were exposed to the substance before the entire 11th floor of the Brooklyn office was evacuated. Preliminary testing revealed that the powder was not harmful, the NYPD said today. No further details on what the substance was or whether there were any suspects were provided.

“The four individuals involved have reported no health issues and, following a full examination by medical personnel, were each released to go home,” Clinton campaign spokesman Glen Caplin said in a statement. The NYPD is investigating the incident with the help of the U.S. Secret Service. Read more at CNN.