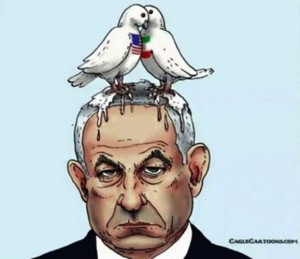 The ambassador, Giulio Haas, showed the image during a speech to Swiss and Iranian business people at a conference in Zurich on Thursday.

“Ambassador Haas did not intend to insult anybody with the cartoon,” the Swiss Federal Department of Foreign Affairs said in a statement on Friday. “If that is the case, however, he regrets it and seeks the pardon of everyone who could have felt insulted.”

The illustration was shown as part of a commentary on those opposed to the Iran nuclear deal with the United States and other world powers.