With over 4,000 young Jews hailing from the U.S., Canada, Argentina, Brazil, France and Britain in the audience, Taglit-Birthright Israel celebrated the arrival of the program’s 400,000th participant in a festive ceremony at the Caesarea Amphitheater on Tuesday.

The Zionist project, founded 14 years ago, takes young Jews from around the world on a 10-day trip to Israel, free of charge. Since its inception, over 70,000 Israelis have also participated in the programs as counselors and guides.

The project continued to grow and now has government support, and funding from Jewish donors and Jewish communities around the world, led by Sheldon Adelson and his wife Dr. Miriam Adelson, who were present at Tuesday’s event.

Speaking to the Taglit-Birthright Israel participants in the crowd, Netanyahu said, “Israel is your homeland, you are our ambassadors.” 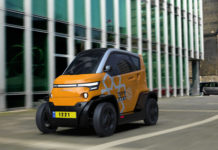