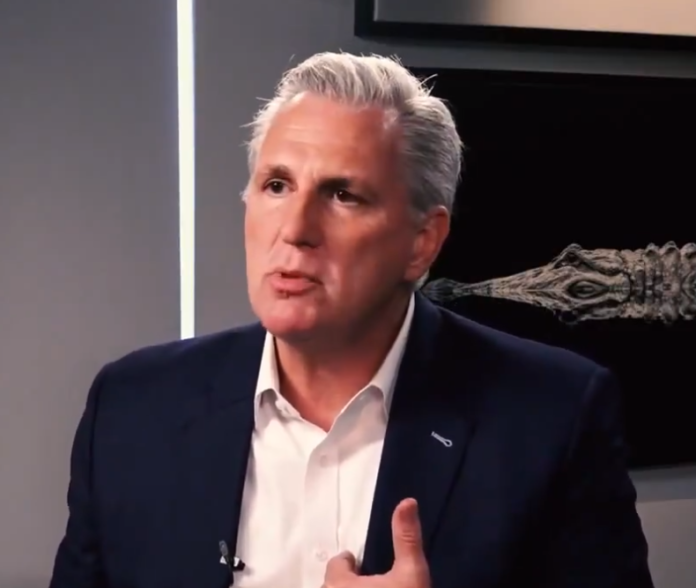 While introducing the Republican’s new “Commitment to America” on Friday, House Minority Leader Kevin McCarthy (R-CA) was sure to mention that a GOP-lead House means Biden’s plans to beef up the IRS will be canceled; “we work for you,” McCarthy tells the American people.

Clip above. Excerpt below.

McCARTHY: We’re in Washington, not Washington, D.C. We’re in Washington County, Pennsylvania. Why? Because this plan is about all these people sitting around a table talking about the challenges that they have. Can they afford it? Can they fill up their tank of gas? How do they survive with now the Democrats causing inflation? They lost a whole month’s salary. Are their communities safe again? You want a community that’s protected where law enforcement is respected, where criminals are prosecuted. You want an education system that’s built on the future where kids come first and are taught to dream big. So what we wanted to do was plan for a new direction. We want to be upfront with the American public. We want an election to have a contrast. If they put their trust in us, this is exactly what we’ll do. Hold our feet to the fire.

And on the very first day, we’re going to repeal 87,000 IRS agents. So they’re not going after you. We work for you. You don’t work for us.