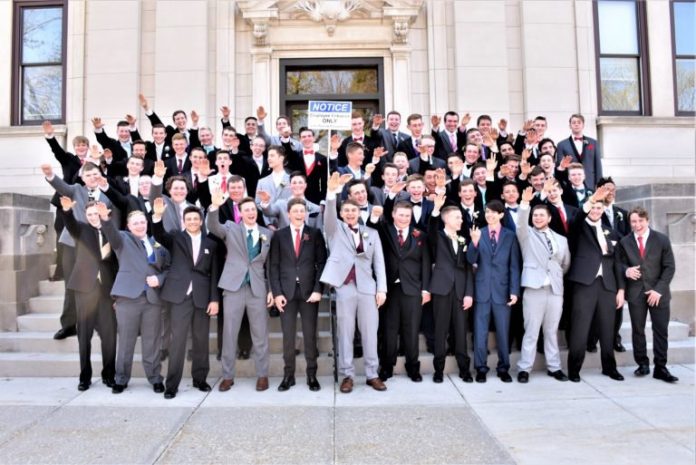 The teachers at a Wisconsin high school whose students made what appears to be a Nazi salute in a junior prom photo raised money for the Auschwitz-Birkenau Memorial and Museum, JTA reported on Sunday.

The teachers’ union at Baraboo High School agreed to donate to the institution after the school district decided that the students would not be disciplined due to their free-speech rights, the Baraboo News Republic reported.

News of the incident was first reported in November. The photo had been taken the previous spring and involves about 50 students. The photo was posted originally in a private online album tagged #BarabooProud.