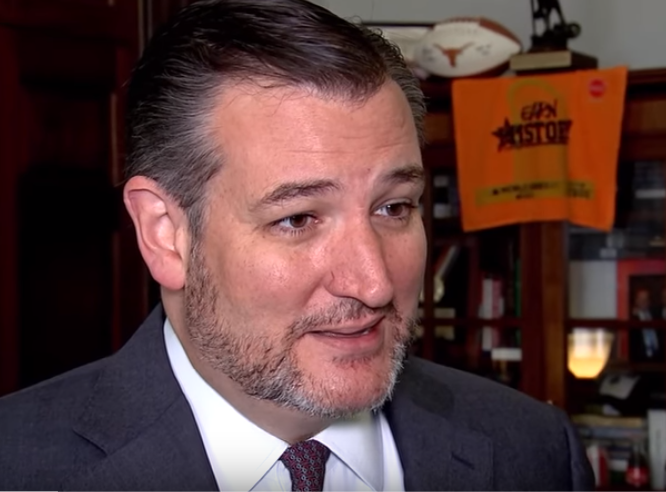 When Cruz returned to Washington, D.C. from Thanksgiving recess with a patchy excuse for a beard, he was met with skepticism. But as Cruz’s beard has grown, so has its fan base, apparently even earning foreign policy accolades from across the globe.

According to a friend who is learning in Yeshvia in Israel, a rabbi in Israel, Cruz’s beard “will put the fear of the Lord into Israel’s enemies and promote Middle East peace,” he wrote.

“Pretty cool: A good friend is studying in Yeshiva in Israel. His rabbi told him he liked my beard, elaborating “It gives Cruz a Talmudic & Rabbinic look & presence that will put the fear of the Lord into Israel’s enemies & promote Middle East peace.” 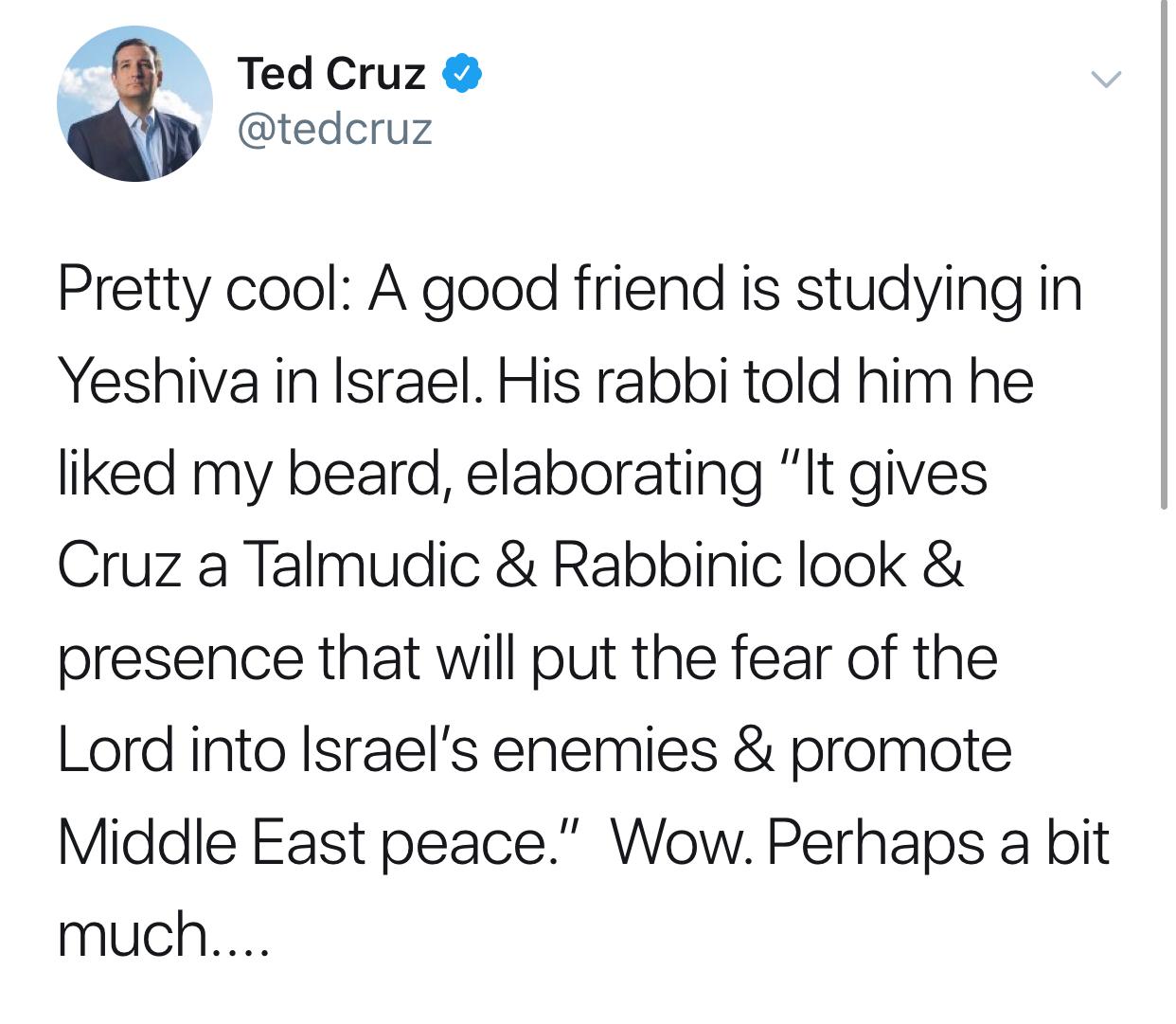 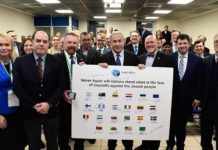