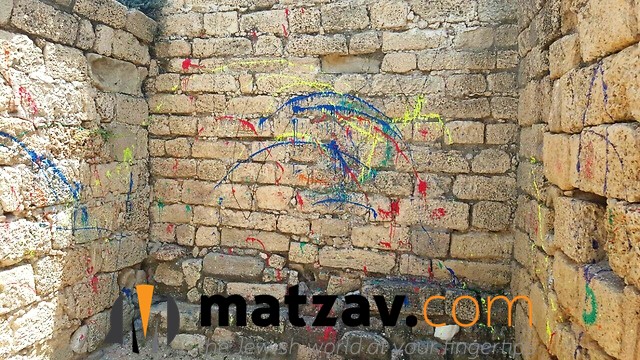 A group of Israeli high schoolers held a so-called “paint fight” inside an ancient archaeological site over Pesach, vandalizing the stone walls of an early dark ages seaside fortress at the site of Ashdod-Yam.

Ashdod-Yam, which means “sea Ashdod,” is an archaeological site on the southern coast of Israel. Ashdod-Yam was a thriving port town from the Late Bronze Age to the Middle Ages and it now neighbors the modern city of Ashdod.

The high schoolers are from a local high school in Ashdod and they decided to use the Pesach break to have a class paint fight. They ran around the site of Ashdod-Yam, spraying paint at each other and on the walls of the fortress. The teenagers even posted photos of their exploits and their vandalism all over social media later that day.

“The Municipality of Ashdod looks very gravely at this incident and we will deal with it with all the means at our disposal, including the issuing of fines to the people involved,” commented an official with the Ashdod Municipality.

“The municipal education supervisor and the school principal have already contacted the guilty parties and their parents and have made the gravity of their situation clear,” he added.

“They have 48 hours to come forward willingly to the IAA and we will instruct them on how to correctly undo the damage they caused,” IAA Chairman Israel Hason asserted. “If they do not take responsibility, we will have no choice but to press criminal charges and involve the police.”

According to Hason, vandalizing a archaeological site is a serious criminal offense. 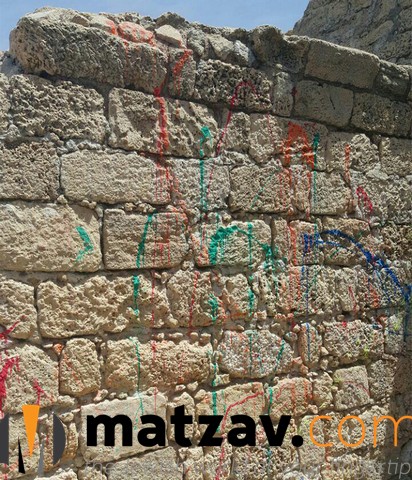