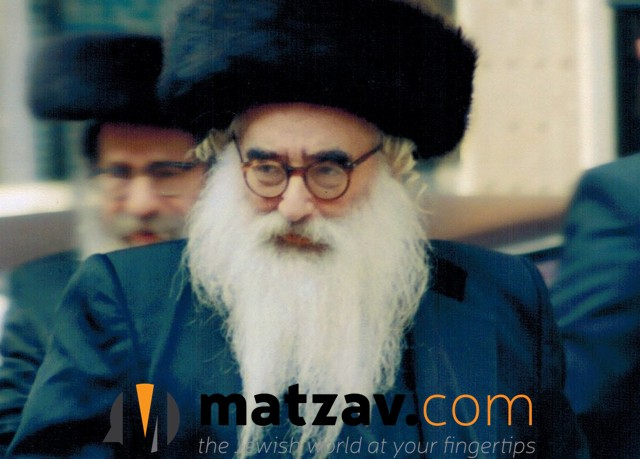 The 94-year-old admor, who leads his chassidus in Kaser Village in Monsey, NY, felt extremely weak and was experiencing immense pain this morning. After being examined by paramedics at his home, located right next to his bais medrash in Kaser, he was transported by ambulance to Mount Sinai, where a series of tests are being conducted and he is receiving medical treatment.

The rebbe has battled various ailments over the last few years and has scaled back his public and private schedules during that period.

The rebbe was born in 1922, a son of the fourth rebbe of Vizhnitz, Rav Chaim Meir Hager, the Imrei Chaim. The rebbe‘s brother was Rav Moshe Hager zt”l, the Yeshuos Moshe, the Vizhnitzer Rebbe of Bnei Brak, father of the present admorim of Vizhnitz Bnei Brak. Rav Mordechai and Rav Moshe took over leadership of the Chassidus over 40 years ago with the passing of their father, the Imrei Chaim, with Rav Moshe leading the kehillah in Bnei Brak and Rav Mordechai leading the kehillah in Monsey/Kaser.

In addition to leading his large chassidus, the rebbe has raised an exemplary family, including his 14 children, 8 sons and 6 daughters, and many ainiklach.

All are asked to daven for a refuah sheleimah for Rav Mordechai ben Margolia.