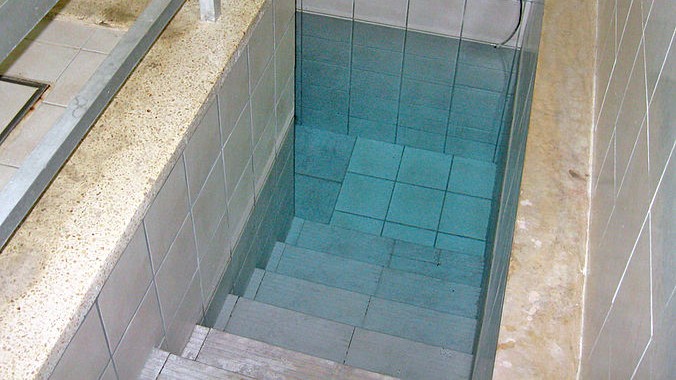 The story involved a young woman who moved to Israel from Russia when she was child. A Netanya bais din ordered her to delay her wedding and fined her $1,400 after establishing that the document she brought to prove her Jewishness was forged.

“Due to the sensitivity of the matter, the beis din arranged to check documents in the Ukraine and there too, the documents presented were forged,” the beis din noted in its decision.

Despite this perfidy, a Tel Aviv beis din converted her ten days later after only one hearing, writing in a summation that “The petitioner accepted mitzvos upon herself before us, and the beis din understood that she indeed wants to convert with intent to accept mitzvah observance.” She married four days later to a spouse no more religiously observant than herself.

“There is ninety-nine percent certainty that this is a crime,” a senior official very familiar with the incident told Haaretz.

Generally, prospective converts participate in a special course for a number of months. Eighty-five percent of them are accepted the first time they appear before a beis din for conversion. Reportedly, a senior official of the Ministry of Religious Affairs Marriage Department intervened on her behalf.

“You can say that you’ve unearthed something disgraceful about us,” a rabbinate source said. “Something is strange here. On the face of it, it seems that they exerted pressure on a prominent dayan in the system who owes a lot to the decision makers and he delivered the goods.”

The body in charge of the rabbinate’s botei din responded that everything was above board.

“The beis din in Tel Aviv does not deal with conversions, except for exceptional cases of citizens who grew up and are known as Jews in every respect, but problems were discovered in the marriage registry and the time of the wedding was approaching,” an official explained. “Three dayonim were impressed by the sincerity of the young woman’s words and she was warned that if it turns out that she does not observe the principle mitzvos the conversion would be nullified.”

The Religious Affairs Ministry said, “Taking into account their situation and the marriage date, Rav… referred the couple to a beis din for a possible solution after an unqualified person misled the couple.”