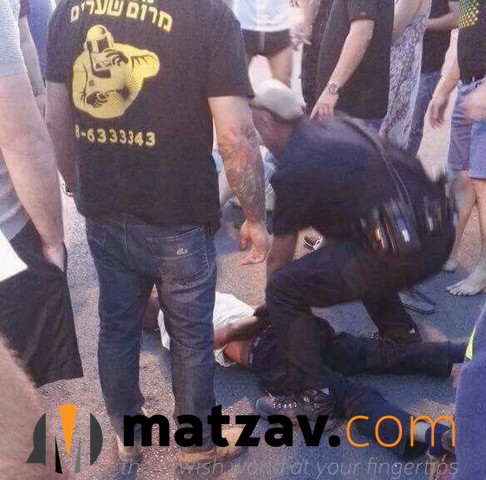 Ilana Naveh, the 40-year-old mother of four who died of a heart attack she suffered during the terrorist attack at Sarona Market in Tel Aviv last Wednesday, has been officially recognized as a victim of terrorism, Israel’s Defense Ministry announced on Tuesday.

With this recognition, Naveh’s family will now be granted the full rights and compensation designated by law for the relatives of terror victims.

According to Israeli media outlets, Naveh, a Tel Aviv resident, was enjoying a night out with friends at Sarona Market when two Palestinian gunmen opened fire. Naveh was not hit by any bullets, but the panic and stress of the moment caused a fatal heart attack.

Naveh was one of four Israelis killed in the attack. The three other fatalities – 41-year-old Ido Ben-Ari, 58-year-old Michael Feige and 32-year-old Mila Mishayev — died from gunshot wounds.

Naveh was laid to rest on Friday at the Yarkon cemetery in Petah Tikva. The funeral had been delayed one day due to a police request that an autopsy be performed on Naveh’s body to determine the cause of death, which carried legal ramifications regarding the charges to be filed against the terrorists, both of whom were arrested by police after the attack.

Naveh’s family objected to the police request on religious grounds and the High Court of Justice ruled in the family’s favor.