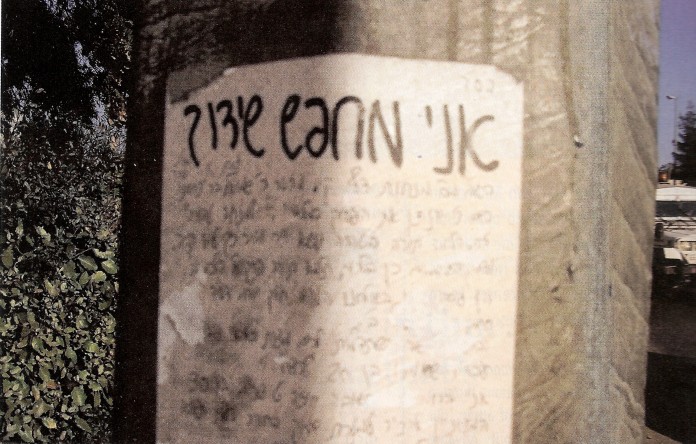 In response to the recent article on Matzav by Rabbi Rudomin, I would like to point out two things about the crisis:

#1 I find [as a part time shadchan] that the same people who complain very bitterly [and are full of taynos] about the crisis when their own daughter/s can’t find a shidduch are exactly the same ones who cause the crisis by being so picky for their sons, asking for ridiculous amounts of support, the skinniest, the prettiest, etc.

They make believe their son is the next king, and they forget that there is a crisis and that they should be fair and give the average girl a chance, even though she might not have money or the best looks, etc. [I know this for a fact as a part time shadchan.] So stop complaining, because you are part of the problem, and you live in dreamland.

#2 The system of holding back bochurim from dating for a few months after they return from Eretz Yisroel is one of the worst things ever invented. It equals “gezeiras Paroh.”

And it’s a very big part of the crisis, as the boy sits a few months locked down, and the names pile up on his list, and his parents think they are the kings. They can demand and get whatever custom-order-girl they want. After all, they have 100-plus names on their list. Some are rich, so why not go out with the rich ones? [Regular girls from good homes… who cares about them? That’s the attitude.] This causes the average family not to get a first shot at a good boy, and this is causing tremendous upheaval and greed and sadness.

I know of one shidduch where the boy’s parents agreed to it, but at the last minute they said that he should go into the three-month-lockup first. Then, when he came out, they refused to look into the girl, since there were many more offers with much more money on the table ($1200 per month for seven years was not enough). So this fine girl lost out this fine boy. All due to the beginning-of-the-zeman-lockdown on new bochurim.

This is terrible. We can’t let this go another minute. It’s totally ruining us. And if we are quiet, we deserve what we get…

[P.S. If these young boys would only know the truth, what awaits them with the rich girl, they would run for their lives, but unfortunately they don’t know – and no one is telling them. They think that they are getting something special, while usually they are getting a spoiled brat. Hence the shalom bayis crisis, divorces….]