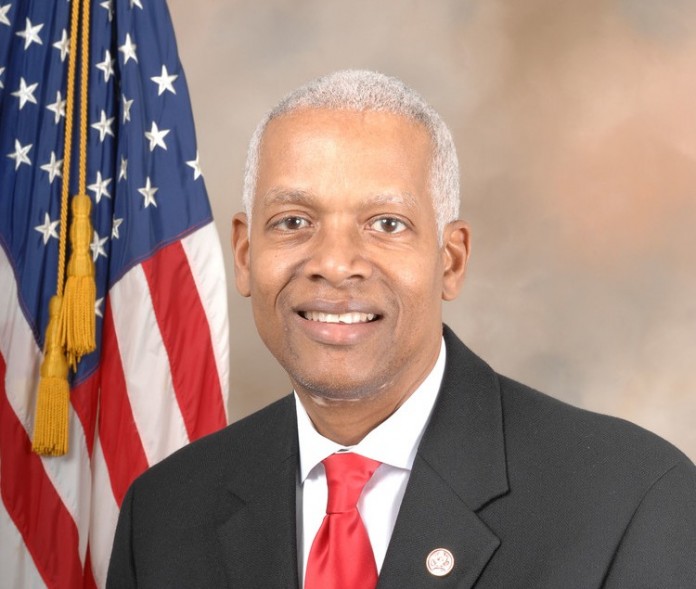 U.S. Rep. Hank Johnson (D-Ga.), who became embroiled in controversy last month for comparing Jews who live in Jewish communities across the pre-1967 lines as “termites,” had reportedly toured the West Bank earlier this year in a trip funded by a pro-Palestinian group.

According to the Atlanta Journal-Constitution, Johnson, along with his wife, Mereda David Johnson, traveled to Ramallah and Jerusalem in late May in a trip paid for by MIFTA, an organization that advocates for a Palestinian state, and the American Global Institute.

The $13,000 trip was billed as an opportunity to meet with “Palestinian officials, and business and community leaders to learn more about the regional economy, politics and culture.”

While the visit was legal under U.S. House of Representatives rules, the revelation comes as Johnson is attempting to mend ties with Georgia’s Jewish community.

In a speech at an event on the sidelines of the Democratic National Convention in July that was hosted the group U.S Campaign to End the Israeli Occupation, Rep. Johnson was quoted by the Washington Free Beacon as saying, “There has been a steady [stream], almost like termites can get into a residence and eat before you know that you’ve been eaten up and you fall in on yourself, there has been settlement activity that has marched forward with impunity and at an ever-increasing rate to the point where it has become alarming.”

Rep. Johnson’s office later apologized for the statement, saying the congressman “regrets his comments,” and that he “did not intend to insult or speak derogatorily of Israelis or the Jewish people.” (JNS.ORG)