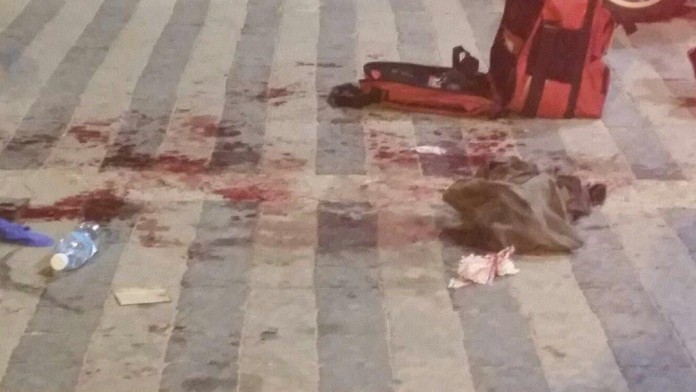 Updates below: At least three, and possibly six, people have been wounded in a stabbing terror attack in Yaffo port, near Tel Aviv.

This is the third attack today in close succession, after a stabbing in Petach Tikva and a shooting in Yerushalayim.

Several of the victims have been taken to the hospital.

Initial reports stated that the terrorist has been “neutralized,” but police sources indicate that the attacker is not in custody and that two suspects may be at large.

Update: According to a report on Israel’s Channel 10, the attacker stabbed two people at the entrance to Yaffo port and then continued southward and began stabbing additional victims.

Update: Police say that approximately a dozen people were stabbed during today’s spree. One victim has succumbed to his wounds and died.

Update, 7:04 p.m. IL: Among the wounded, 4 are in seriously condition, 4 in moderate condition, and 1 in light condition. One victim, as mentioned, has passed away. The injured have been taken to area hospitals, including Ichilov and Wolfson.

Update, 7:17 p.m. IL: The casualty is said to be a Russian tourist. His wife, who was also stabbed, is in critical condition.