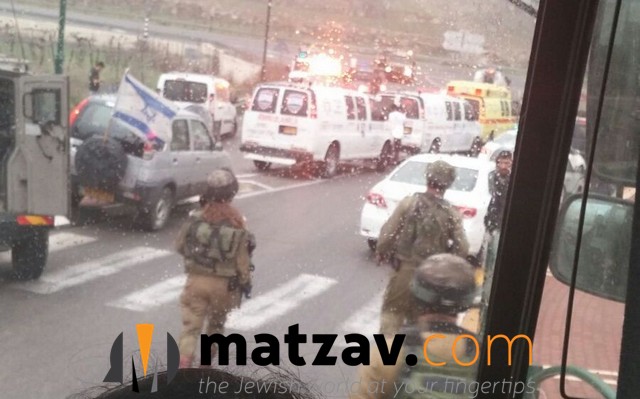 About a half hour after a ramming attack at the Elias junction near Kiryat Arba carried out by two Palestinian terrorists, a second attack has just taken place, at about 7:15 a.m., at the very same site, a busy hitchhiking location.

The scene was a hectic one, as officials and medics were on scene, tending to those involved in the first incident, when a car that had come from Highway 60 barreled into the crowd.

The terrorist driver of the vehicle was shot on the spot, though at least one Israeli has been hurt in this second attack. One person was injured in the first ramming.