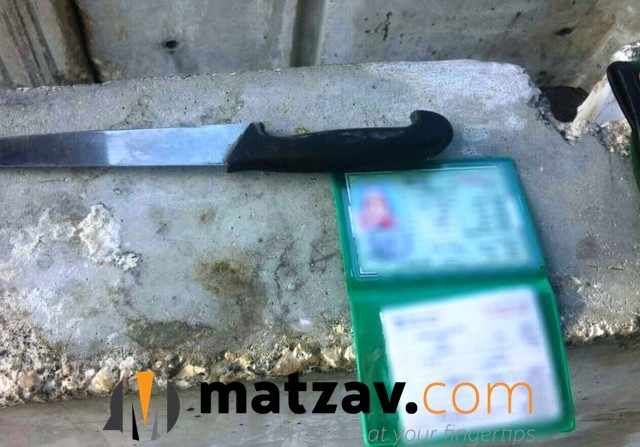 A terror attack was foiled by Israeli Border Guard Police at the Kiosk checkpoint between Bais Lechem and Abu Dis this evening.

Police order the woman to stop in her tracks and drop the backpack she was wearing. Officers then searched the woman and found a knife in her possession. She was then arrested.

She subsequently admitted that she had planned to stab soldiers at the checkpoint. The intuition of the officers, with great siyata diShmaya, helped prevent an attack.