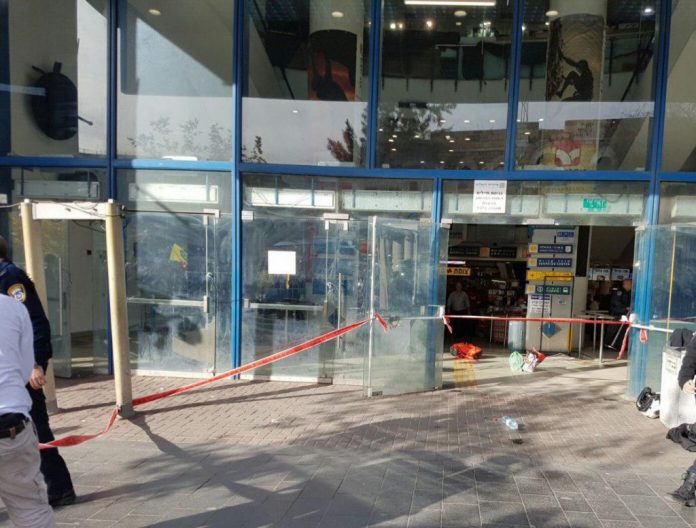 A 25-year-old security guard at the central bus station in Yerushalayim was stabbed this afternoon near the entrance of the station.

Paramedics who rushed to the scene treated the stab victim, whose condition is defined as serious. He was taken to Shaarei Tzedek Medical Center.

The terrorist fled along Rechov Yaffo.

A civilian who noticed the assailant fleeing ran after him, along with a policeman who was nearby, and together they were able to capture him.

The terrorist, 24-year-old Yassin Abu a-Quarat of the West Bank who was in Israel on a work permit, was arrested and brought in for interrogation.

Dr. Ofer Marin, director of the trauma unit at Shaare Tzedek Medical Center, told reporters that the knife reached the victim’s heart but that, boruch Hashem, his condition has stabilized somewhat, though his life is still in danger.

Mayor Nir Barkat released a statement following the attack, stating, “The enemies of Israel do not need excuses to harm us, so there is no justification and legitimacy for violence and terrorism. The answer to terrorism is the reinforcement of sovereignty, development and construction in all parts of unified Jerusalem. And therefore the citizens must continue to be vigilant and update the security forces as necessary in order to thwart any further attempt. We all wish full recovery and pray for the speedy recovery of the injured person.”