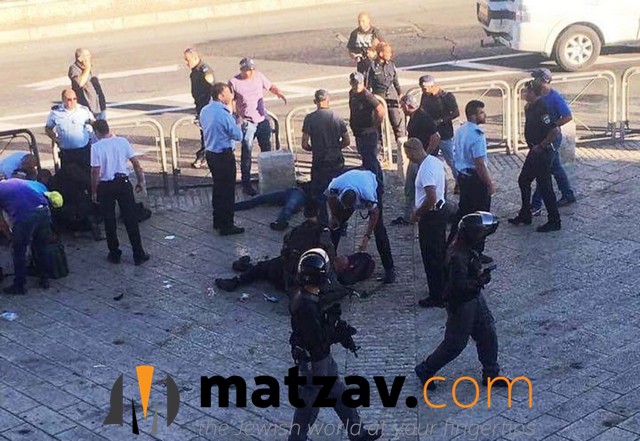 Early this Monday morning, at about 7:30 a.m., there was a terror attack in Yerushalayim, outside the Old City.

A Palestinian terrorist wielding a knife lunged at two police officers and stabbed them.

The male assailant was immediately shot by nearby officers. His condition is unknown at this time.

The Israeli officers are being treated at the scene.

The 20-year-old Palestinian attacker, who lives in Yerushalayim, is in critical condition. He was shot by the male officer he attacked.

Update: The names of the officers for Tehillim are Tziporah bas Mazel and Yaakov ben Furiel. 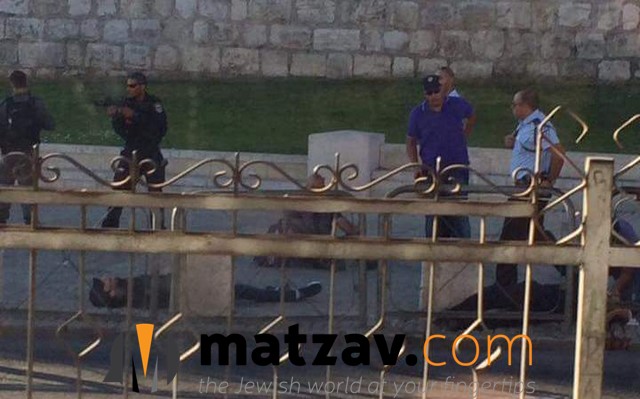