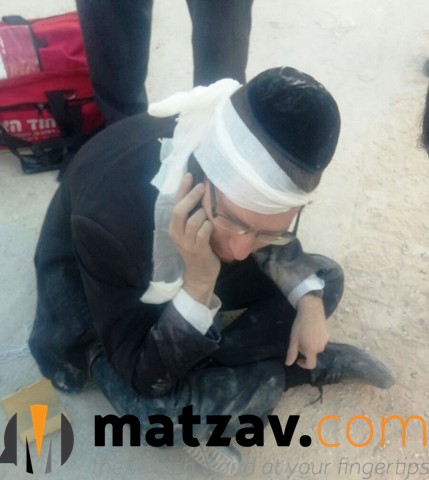 [Updates below.] 7:58 a.m.: There are reports of a stabbing attack moments ago in the Beit Shemesh area. At least one person has been injured after being stabbed by an Arab terrorist. Two terrorists have been neutralized.

Multiple people are being treated for shock.

Update, 8:13 a.m.: Two terrorists attempted to stab Israelis at the local Kol Yehuda shul at Rechov Yechezkel Hanovi and Rechov Chabakuk in Ramat Beit Shemesh Gimmel. They were shot and seriously wounded, and then apprehended by police.

The terrorists injured several people, including one person davening at the shul, said to be an 18-year-old, who was injured in the head and taken to Hadassah Medical Center in Yerushalayim.

The Jerusalem Post reported that the terrorists attacked a police officer in Beit Shemesh, but that would seem to be incorrect.

Update: 8:27 a.m.: The two attackers have been identified as Palestinians, who, according to one source, tried to enter the shul while a minyan for Shacharis was taking place. One person rushed them in the doorway and was stabbed.

The 18-year-old who was stabbed is said to be in light to moderate condition.

The terrorists were not killed. They were being treated by paramedics at the scene.

Update, 8:40 a.m.: Beit Shemesh Mayor Moshe Abutbul is at the scene. He said that there is a large construction project near the site of the attack and that officials will have to examine how to proceed with that site in light of this morning’s attack.

Update, 8:50 a.m.: An eyewitness at the scene said that the two Arabs were identified as suspicious by residents, who called the police to come and detain them. “They saw the attackers, who tried to stop them at a bus stop, while the police were not coming. Suddenly, they saw a police car and pointed out the suspected terrorists, when one of them pulled out a knife and began to attack passers-by. The cops got out and shot him as he tried to escape.”

Beit Shemesh police reported that the two terrorists tried to board a bus on Rechov Yechezkel Hanovi. They were held off by local residents.

An MDA spokesman said that they first got a report of the stabbing at 7:53 a.m. 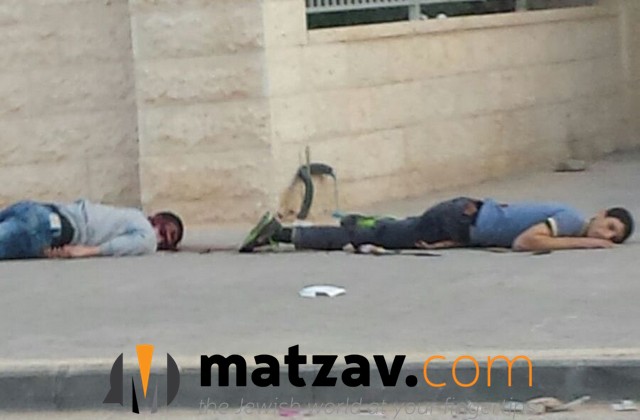 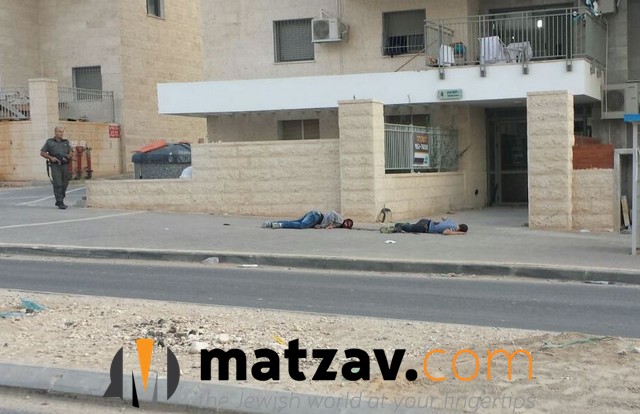 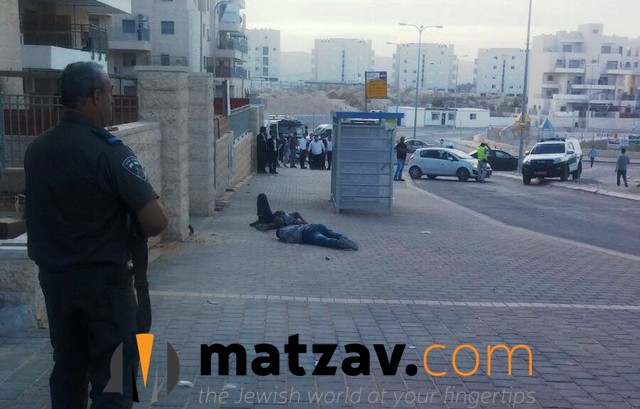 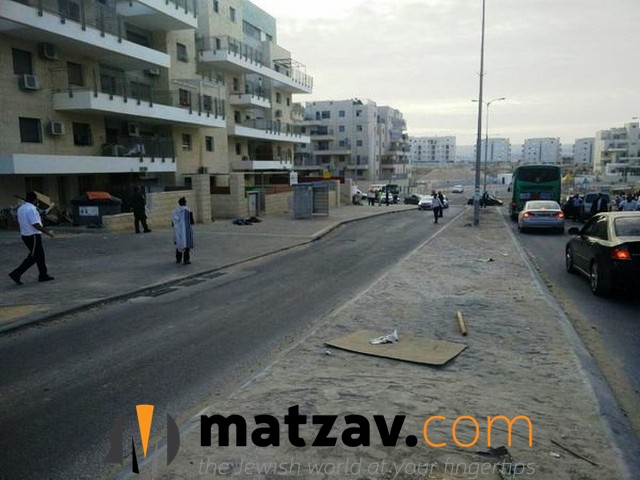 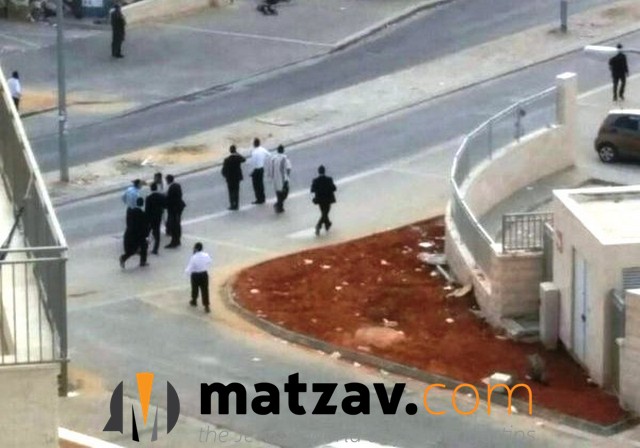 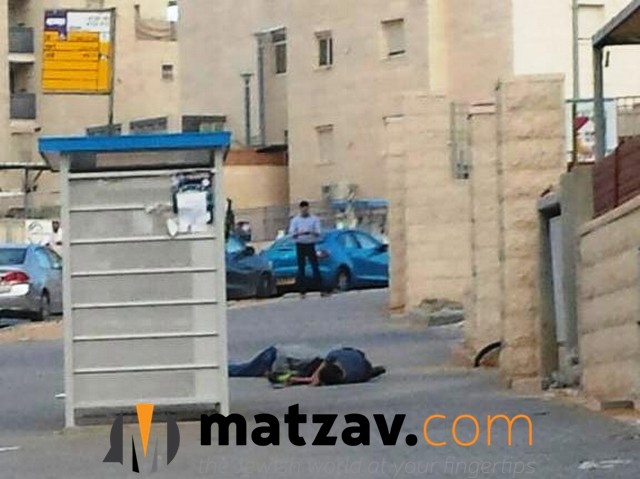 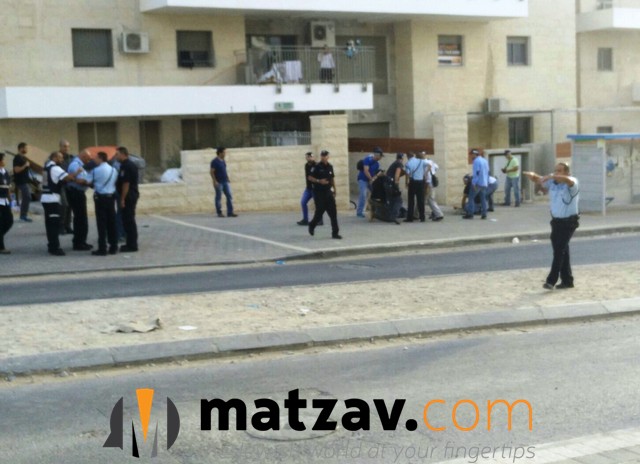 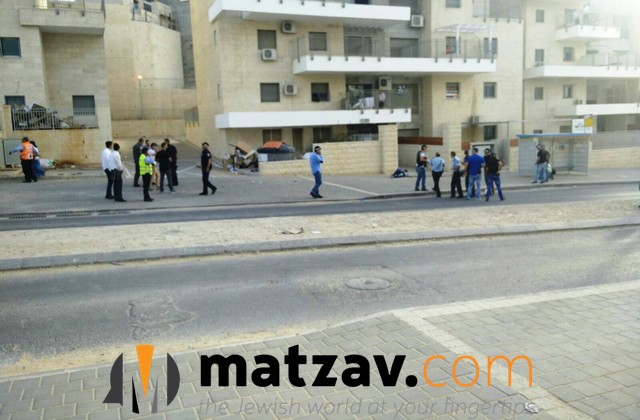 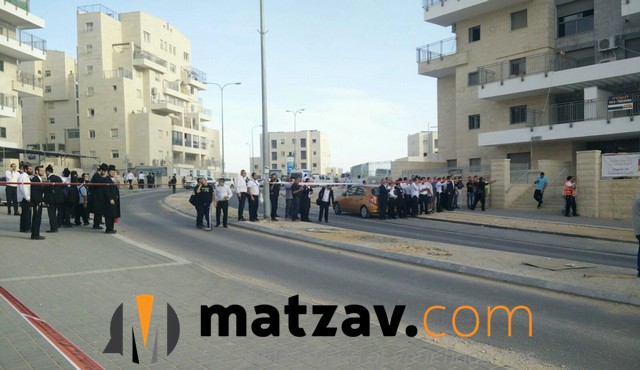 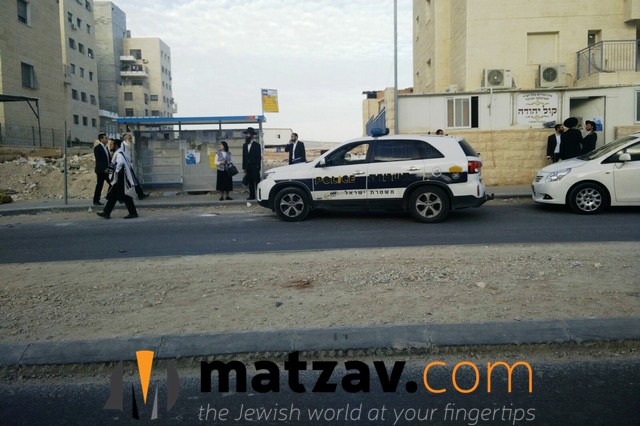