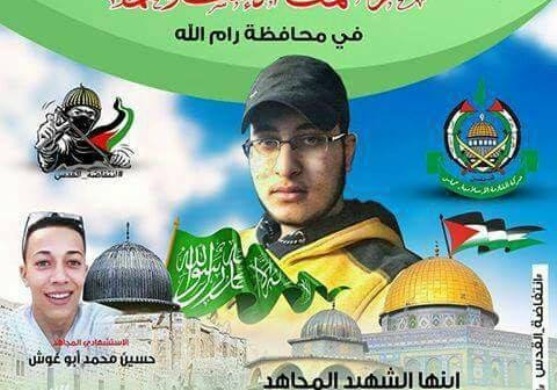 Yesterday, a Palestinian rammed a vehicle into a bus stop at the entrance to Kochav Yaakov. There were no injuries to Israelis. IDF forces shot the terrorist to death. A knife was found in his possession.

The Times of Israel reports that the terrorist was Hussein Salem Abu Ghosh, 24, from Qalandiya, a cousin to a different terrorist, also named Hussein Abu Ghosh, also from the Qalandiya refugee camp, who killed 23-year-old Shlomit Krigman Hy”d and injured another woman in the Beit Horon settlement exactly one year ago yesterday, twelve months earlier to the very day.