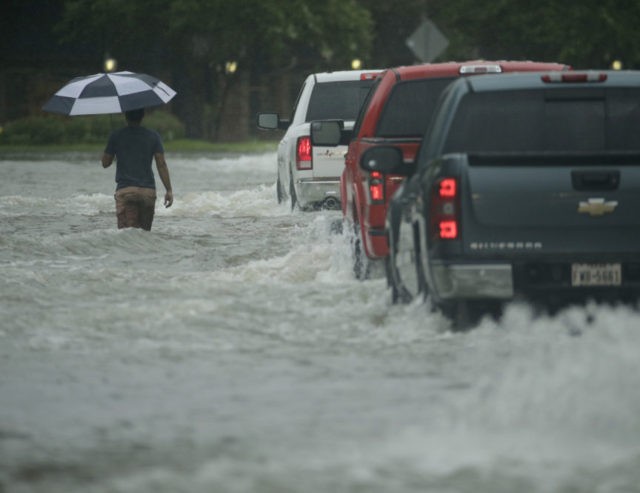 Words cannot describe the catastrophic situation unfolding in Houston and Southeast Texas. As daylight dawned Sunday morning, the scope of the devastation began to come into clearer focus, and it will probably take months, if not years, to fully recover from damage of this magnitude.

The total rainfall from the storm is likely to tally up to a widespread 15 to 30 inches, with a few localized spots picking up to 50 inches or more. Many textbooks have the 60-inch mark as a once-in-a-million-year recurrence interval, meaning that if any spots saw that amount, they would essentially be dealing with a one-in-a-million-year event.

Regardless of whether we reach that 60-inch benchmark, “it’s fair to say it will produce more rain than we have ever seen before in the U.S. from a tropical system and over the fourth-largest city in the country,” said Eric Fisher, chief meteorologist at WBZ-TV in Boston. “Looking at those two factors, it will likely be an unprecedented flooding disaster affecting a massive number of people. It’s hard, if not impossible, to compare this to any other storm. It may stand alone when all is said and done in terms of rainfall.”

Putting this much rainfall into perspective is challenging; after all, the sheer volume of water is incredibly tough to visualize. Fortunately, we crunched the numbers – here’s how they stack up.

So far, just the rain that has already fallen across the greater Houston area and Southeast Texas tallies to nine trillion gallons. That’s only what has already come down, and keep in mind that 5 trillion to 10 trillion additional gallons could fall before things wrap up midweek.

The 9 trillion gallons of water dispensed so far is enough to fill the entire Great Salt Lake in Salt Lake City – twice! It would take nine days straight for the Mississippi River to drain into Houston and equal the amount of water already there. If we averaged this amount of water spread equally over the Lower 48 states, that’s the equivalent of about 0.17 inches of rain – roughly the height of three pennies stacked atop each other – occupying every square inch of the contiguous U.S. Imagine one downpour large enough to cover the entire country!

This amount of water could fill 2.3 percent of the volume of the mountain range containing Mount Everest in Nepal and is enough to occupy 14.2 million Empire State Buildings, from basement to penthouse. Similarly, about the same number of Olympic swimming pools could be doused.

But here’s the kicker: Just how unprecedented is this? Well, remember the flooding that New Orleans experienced with Katrina? Most places saw about 10 to 20 feet of water thanks to levee failure, inundating about 80 percent of the city. Now, if we took the amount of rainfall that Texas has seen and spread it over the city limits of New Orleans, it would tower to 128 feet in height – roughly reaching as high as a 12-story office building.