President Obama sat for an interview with Rolling Stone for next month’s issue and journalist Douglas Brinkley has the first look at the story:

“We arrived at the Oval Office for our 45-minute interview … on the morning of October 11th. … As we left the Oval Office, executive editor Eric Bates told Obama that he had asked his six-year-old if there was anything she wanted him to say to the president. … [S]he said, ‘Tell him: You can do it.’ Obama grinned. … ‘You know, kids have good instincts,’ Obama offered. ‘They look at the other guy and say, “Well, that’s a bull—–er, I can tell.”‘”

That’s some frank language from Obama, who has a genuine disdain for GOP challenger Mitt Romney, as POLITICO’s Glenn Thrush has reported. It’s also a much more direct way of saying Romney has been hit with a case of “Romnesia,” and has seemingly forgotten what he has stood for in the past. 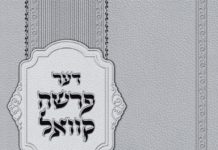