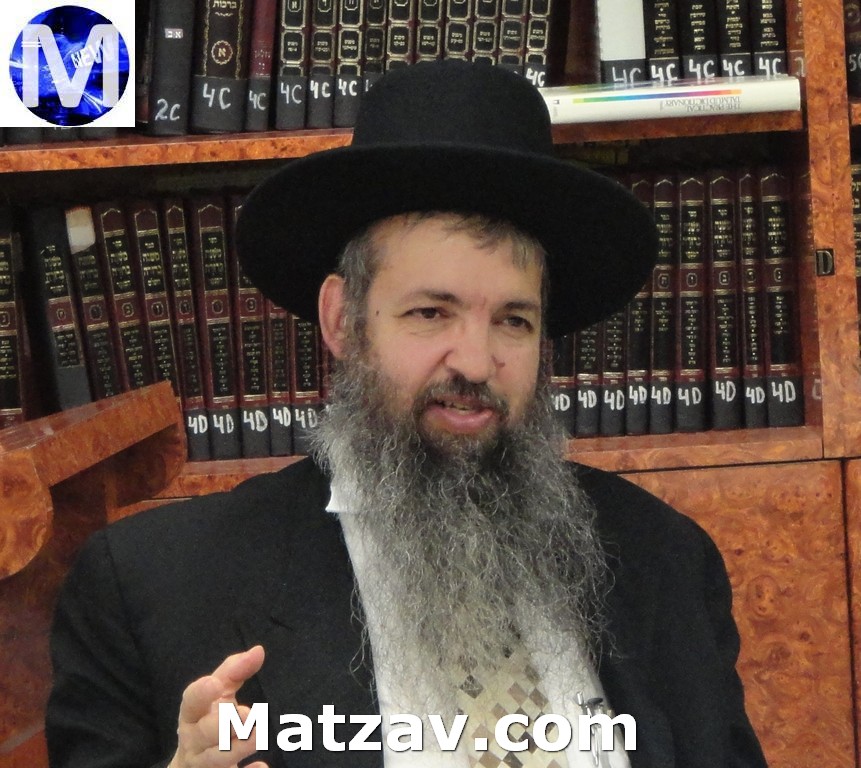 Let me ask you, my dear readers.  What would you consider is the core limb of the body?  I was greatly surprised when I saw in the Sifra d’Tzniyusa of the Vilna Gaon, ztl, zya, who states definitively that the ear is the essence of the human body.  This revelation is consistent with a Gemora in Bava Kamma, cited by Rabbeinu Yonah, which teaches that if you deafen someone, you must pay the person his entire value-thus proving that the ability to hear is equal to one’s entire worth.

There is a Medrash in Shmos Rabbah that sheds light on this idea.  The Medrash teaches that if one falls off a roof and breaks every bone in his body, he will need many casts and bandages in order to be repaired.  But, if one sins spiritually thereby injuring his entire body, Hashem fashions one bandage that can cure him through and through and that, reveals the Medrash with a flourish, is the human ear for if one knows how to listen to words of mussar, reproach and chastisement, one can completely restore the soul to good health.  Rav Schlessinger, Shlit”a, explains that the blessing in Birchas HaShachar for the gift of hearing is the very first blessing of “Hanosein lasechvi vina lahavchin bein yom uvein laila – Thank you Hashem for giving the rooster understanding to differentiate between day and night.  We make this blessing upon hearing the sound of the rooster.  Thus, this is a blessing for the gift of hearing.

But, there is hearing and then there is Hearing.   The Torah tells us, Vayishma Yisro – and Yisro heard.”  Rashi elaborates “Ma shmua shama u’ba? Krias yam suf u’milchemes Amalek – What report did Yisro hear that he came (to Moshe in order to convert)?  The splitting of the Red Sea and the defeat of Amalek.”  The Zohar, among many others, asks “Was Yisro the only one who heard about these miracles?”  The whole world heard, as we say in Az Yashir, “Shamu amim yirgazun; chil achaz yoshvei Pilashes – The nations heard and trembled; the Philistines were seized with quaking.”  So, what was so special that the Torah singles out that Yisro heard? That answer is that Yisro heard – and he did something about it.   He was moved to convert.

In Chapter 107 of Tehillim, Dovid HaMelech talks about sailors who were caught in a vicious storm and their boat almost capsized.  At the last minute, when they thought all was lost the sea suddenly calmed down and they were saved.   Dovid ends the narration with the verse, “Mi chacham v’yishmar eilah, v’yisbonenu chasdei Hashem – Who is wise and hears this and meditates about Hashem’s kindness?”  The first two words in the verse, mi chacham/who is wise, is a pneumonic for “Yisro CHosein Moshe Koheim Midyan, meaning, Yisro, the Father in law of Moshe, the Priest of Midian,” for he had the wisdom to really listen.

In the very last piece of the Orchos Chaim l’HaRosh, number 131, the Rosh ends off his directions for life with the sage advice “Vishama v’hezin, one should listen and pay attention and absorb that which they are hearing.  The Makor Chaim in his commentary on Orchos Chaim says that the Rosh deliberately ends his entire sefer with this sentiment since obtaining a listening ear is a life altering quality.  He elaborates that this is what we ask for in Bichas Krias Shema, v’sein bilibeinu binah l’havin ul’haskil lishmoah – Put in our hearts understanding and intellect, and the ability to listen.”  And this what Shlomo HaMelech, the wisest of men said, V’nosan l’avdecha lev shomei’ah – Grant you servant a heart that knows how to listen.”

Consistent with these thoughts about the ear is the fact that our equilibrium, our balance is controlled by the inner ear.  (It is for this reason that when one has vertigo, the first thing that is looked for is an inner ear infection.)  This is why a scale is called moznai’im which has at its root the word ozen which means ear because the olden day scale was composed of two pans that needed to be balanced.  But, in a broader sense, achieving a spiritual equilibrium is achieved by an ear that listens to Sages, teachers, and parents.

What are some examples of a listening ear?  Ninety thousand plus people went to MetLife stadium for the Siyum haShas.  Everyone was inspired but how many of them started learning Daf Yomi or at least took upon themselves some Talmudic study?  We hear about someone, G-d forbid, dying young.  Do we just feel momentary shock and a passing sense of sadness?  Or, does that ‘hearing’ motivate us to immediately give tzedaka, kiss our loved ones, and daven with more intensity.  The Rabbi says that speaking in shul is a sin that is too great to bear, quoting from Shulchan Orech.   How, immediately afterwards, do we behave during Mussaf?  Even when we hear an ambulance blaring in the street, do we just say this is happening so often lately, or does it prompt us to say a kapital of Tehillim.  Let’s take a page out of Yisro’s book and not just hear, but hear and come.  And in that merit, may Hashem bless us with lng life, good health, and everything wonderful.

Rabbi Weiss is currently stepping up his speaking engagements.  To bring him to your community, call 718.916.3100 or email [email protected].

Rabbi Weiss’s Daf Yomi and Mishnah Yomis shiurim can be heard LIVE on KolHaloshon at (718) 906-6400.  Write to [email protected] for details. They can now also be seen on TorahAnyTime.com.