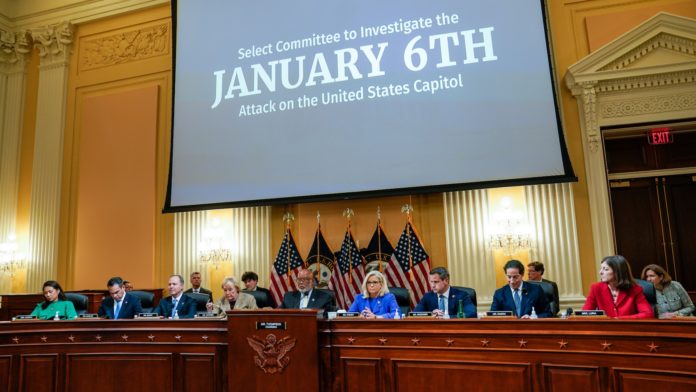 Rep. Bennie Thompson (D-MS), the chairman of the January 6th Committee, said on Wednesday that the hearing schedule will continue into July, Deadline reports. A reason: Newly obtained evidence, including footage from British filmmaker Alex Holder, who is scheduled to speak to the committee on Thursday. Per Politico, Thompson called the footage he had seen “important,” but declined to elaborate.

Holder said in a statement this week that the footage is of the final six weeks of President Trump’s re-election campaign as well as never-before-seen footage of the January 6th attack at the U.S. Capitol.” The series includes interviews with Trump, his daughter Ivanka, sons Eric and Don Jr. and son-in-law Jared Kushner as well as Vice President Mike Pence. Holder said that he and his team are “fully cooperating” with the subpoena.

Deadline reports – UPDATE: Warner Bros. Discovery confirmed the story and a spokeswoman said, “Alex Holder’s Unprecedented three-part docuseries about the 2020 election will be released on Discovery+ later this summer. Featuring never-before-seen footage of the Trump family on the campaign trail and their reactions to the outcome of the election, the docuseries will offer intimate and unprecedented interviews with Trump, his family and others who were in the White House.”