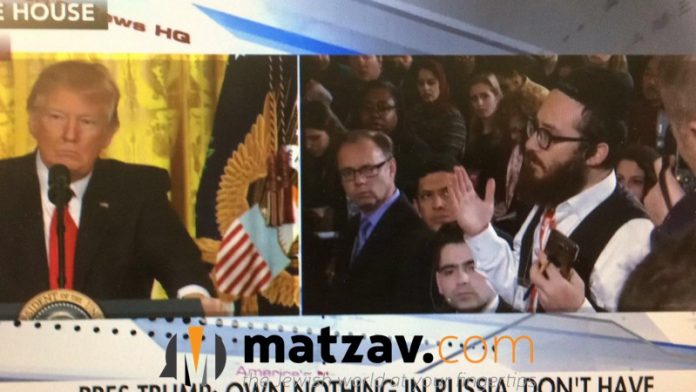 Donald Trump misunderstood Trux’s question yesterday, but it’s easy to see why he did. The accusation has been around since his election that the rise in anti-Semitism was due to his election and rhetoric.

Was this the smartest question to ask?

Even with the preface that “I haven’t seen anybody in my community accuse either yourself or anyone on your staff of being anti-Semitic,” the allegation is right there.

And no, the rise in anti-Semitism, if true, has nothing to do with Trump’s election. It exists mostly on the left and is used by politicians such as New York Gov. Andrew Cuomo and Mayor Bill de Blasio to batter the president.

Something else to think about: Is this the most important question facing Jews? Anti-Semitism in America? Really?