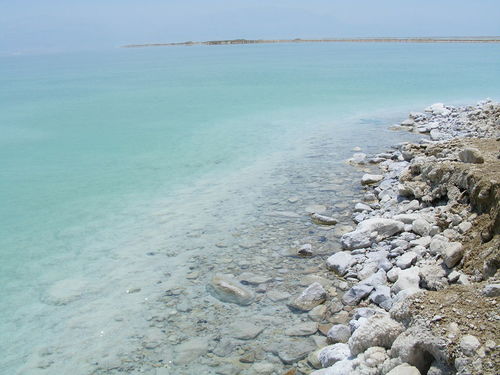 The Dead Sea is literally dying and significantly shrinking every year — and it’s all our fault, reports NEWS.COM.AU. The Dead Sea surface is 429 METERS below sea level, making it the lowest point in the world.

It is one of the greatest natural wonders on the planet and one of the saltiest bodies of water. But in recent decades, the sea has been rapidly deteriorating and shrinking by about a METER every year.

According to environmentalist group EcoPeace Middle East, the construction of hotels and other tourism developments and enhanced mineral and water extractions are also slowly killing the Dead Sea. Water flowing into the Dead Sea from the Jordan River was diverted, meaning the sea does not have a constant source of water to keep it full.

“Far and away the biggest cause of the rapid disappearance of the Dead Sea is the lack of water coming into it from its traditional sources — the Jordan River,” the environmentalist group wrote on its website. “Construction of dams, storage reservoirs, and pipelines has greatly reduced water inflows into the Dead Sea. While much of this water is being used by the Israelis, Jordanians, and Palestinians for basic domestic consumption, most goes towards highly subsidised and inefficient agriculture.”

According to EcoPeace, the Dead Sea has fallen more than 25 meters since the start of the century, when the area around the sea began developing. Read more at NEWS.COM.AU.