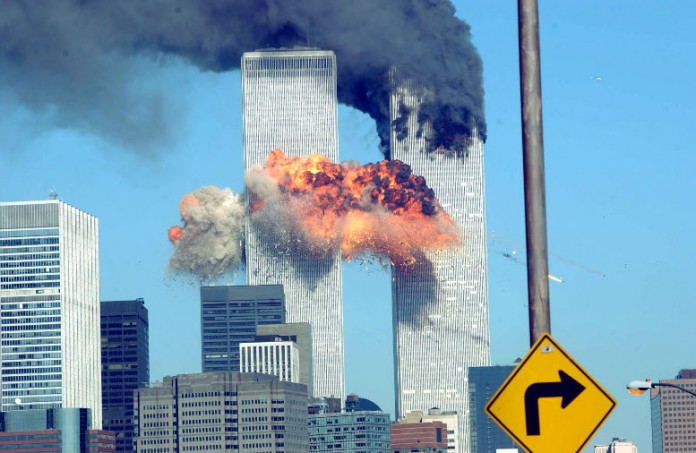 It was almost midnight in Thailand, and Paul Salo said he had not slept in days – too busy telling reporters about a contentious and costly new venture to reconstruct the 9/11 terrorist attacks and put people’s questions to rest.

“There’s a serious doubting crowd out there,” he said in a weak and raspy voice. “In this day and age, people want to see what happens.”

Salo, a 51-year-old American expat living in Bangkok, has launched his “9/11 Redux” project to raise $1.5 million to purchase a fully loaded airplane similar to a Boeing 757 or Boeing 767 and a building as comparable to the World Trade Center as possible – and then fly the aircraft into the structure at about 500 mph.

Salo said his hope is that the result will bring closure both to people who accept the official story of Sept. 11, 2001, and those who do not.

But over the past week, Salo’s self-described “huge” and “nutty” idea has been raising eyebrows in the scientific and engineering communities.

Experts say Salo’s burning questions – namely, whether and how the building may fall – are too broad and depend on too many factors.

“The reaction from people in the beginning has been like: ‘Whoa, this is crazy. What are you doing?'” Salo told The Washington Post last week in a telephone interview from Bangkok. “But later on, they’re like, ‘OK, I get it.'”

Salo first announced his idea in a YouTube video early this month, saying that he planned to purchase an airplane going out of commission – but still with a working black box – and fill it with jet fuel. The building, he said, would be in a safe space in the countryside in say, Thailand, but the country has not yet been set.

He mentioned to The Post that the plane would be flown on autopilot, or possibly, by a pilot who would parachute out before the impact.

“I think what’s going to happen is that we probably will find out that it was a similar physics as what happened on 9/11,” he said in the video, adding: “But at the same time, hey, I’m no dummy – maybe it’s not true.

International tabloids ran with Salo’s story, featuring the entrepreneur’s face next to the burning Twin Towers and under headlines like “Businessman raising £1m to recreate 9/11 to prove conspiracy theories true or false ‘once and for all'” and “Extra-ambitious man wants to ‘recreate’ 9/11 attacks in a field to see if it was all a hoax.”

Salo set up a crowdfunding campaign on Indiegogo to raise $1.5 million – and he brought in a handful of donations before he was shut down.

Indiegogo told The Post that it was removed because it violated the terms of use, which state: “If the campaign is claiming to do the impossible or it’s just plain phony, don’t post it.” Salo called it a “bump in the road.”

“What we’re trying to do here is we’re going to prove once and for all – was 9/11 a hoax, or was it real?” he said in the video. “We obviously can’t go back in time and make that happen, but what we can do is we can re-create as best as we can the exact circumstances of an airplane fully loaded with fuel flying into a building at 500 mph.

“And what happens to that building is going to tell us a lot about what happened on 9/11.”

But how much would such a re-creation really say about what happened on Sept. 11, 2001?

Indeed, since that Tuesday morning in 2001 when nearly 3,000 people were killed in the worst terrorist attack on U.S. soil, scientists, engineers and aviation experts have pored over the evidence to find out how it happened.

The accepted conclusion was that when the hijackers flew the aircraft into the World Trade Center, it cut through the buildings’ support systems, fire made the structural steel soft, and the towers could not support themselves.

Some 9/11 truthers think the U.S. government either allowed the terrorist attacks or perhaps initiated them to justify the war on terrorism. Others have questioned how two 110-floor buildings could fall to the ground.

Salo said he thinks his re-creation will either provide closure or raise critical questions.

Christoph Hoffmann, a computer science professor at Purdue University who helped create a scientific simulation of the 2001 terrorist attacks, said Salo’s questions may be too broad.

“What is the purpose of the simulation? What are they trying to find out?” he told The Post. “It has to be something quite specific.”

Abolhassan Astaneh-Asl, a structural engineering professor at the University of California at Berkeley, has spent years studying the World Trade Center collapse and testified at a congressional hearing about his findings.

“It doesn’t make any sense to get a plane and hit a building,” Astaneh-Asl said later in a phone interview. “You can’t just hit a building and say, ‘See, it doesn’t collapse.’

“You have to build the same building as the World Trade Center.”

If fact, he said, finding a building may be Salo’s biggest challenge.

Just days after the 2001 terrorist attacks, Astaneh-Asl was on the ground in New York City conducting a National Science Foundation-funded field study on the towers’ collapse. Astaneh-Asl, who has studied the buildings’ blueprints for years, said unlike other structures, the World Trade Center did not have a typical skeleton made of beams and columns; instead, it had steel “bearing walls” for support.

“It’s very unlikely another building would collapse unless it was similar to the World Trade Center,” he said, adding that it could not be easily replicated.

Salo told The Post he considered constructing a modular or prefabricated structure so that he could get it closer to the towers’ size and materials.

Astaneh-Asl said prefabricated buildings are akin to a “Lego set” in which walls are transported to a location and bolted together. Still, he said, having such a structure does not make it a body double for the Twin Towers.

And a replica, he said, is what Salo needs.

As for the aircraft – and its intended mission – there are aviation laws.

The Federal Aviation Administration told The Post that Salo’s project does not fall under FAA jurisdiction because it is outside the United States.

Officials said national aviation authorities regulate airspace. Because Salo has not decided on a particular country for his 9/11 re-creation, it is unclear which laws he may have to abide by, but he said he is aware of the restrictions.

So – given what the experts had to say – The Post asked Astaneh-Asl for a grocery list, of sorts, of what it would take to pull off the project.

– Get the materials used in the 1970s – lightweight concrete floors and varying strengths of steel.

– Construct a 30-story segment of the Twin Towers using trusses rather than beams and using steel plate outside walls rather than columns.

– Get high-caliber scientists and engineers.

Astaneh-Asl said he think such a project would take an estimated two to three years and cost $500 million to $600 million, not $1.5 million.

Astaneh-Asl said that executing the experiment as it was proposed is also irresponsible.

“We are not going to learn anything – nothing,” he said, adding: “That’s worse than not testing it because now you’re bringing wrong information into the research, polluted data into our research. It is unethical.”

To be fair, Salo admitted that he is not an expert and he wants to hire “top-notch people” to carry out his re-creation. So far, he said, he has been contacted by structural engineers, pilots and other experts who support it.

Salo shared an email on Facebook over the weekend from a supporter who called him a “real patriot.”

“I have never believed the official 911 story,” the author reportedly wrote. “Like many people, when it first happened, I was shocked and didn’t know what to think. But shortly after it happened, I wondered about many things.”

The author added: “All I can say is I would like to help you in any way I can.”

Salo said his intention is to pay respect, not show disrespect to those who died.

“Let’s get this straight,” he wrote last week on his blog. “3,000 innocent people lost their lives on September 11th. And it was a seminal event in many of our lives. I have no desire to re-create the pain felt by victims.”

He added: “I’d like to re-create the physics of that day but not the emotional loss that I know I felt.”

Salo said he knows there are still kinks that need to be worked out, but he believes it’s worthwhile.

“If done correctly,” Salo wrote, “it will either put doubts to rest for good or open Pandora’s Box.”