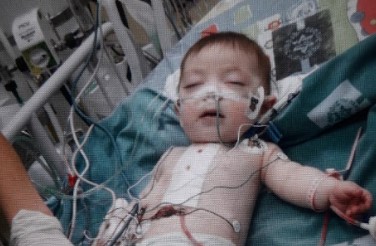 When Miri Rosenbaum gave birth to her daughter Chaya over one year ago, the doctors were immediately concerned. After several emergency tests, they confirmed the worst for new parents Miri and Dovid- Their baby was born with one of the most severe heart defects known as Hypoplastic Left Heart Syndrome, in which the body fails to pump blood properly  throughout the body.

Little Chaya had her first surgery at only one and a half days old, and the doctors admitted that they were shocked that she survived. But her heart continued not to function well, and her body wasn’t getting enough blood. Several days ago, the doctors told Miri and Dovid news which shook them to the core.

They were to immediately fly to New York and have doctors operate on Chaya in Columbia Hospital if they wished for their daughter to survive. And they were to pay for it out of pocket.

With only two weeks to raise the enormous funds that their baby’s life directly depends on, Miri and Dovid are trying everything in their power to raise the money as every second passes.

“Her little life depends on it. We have only two weeks to raise the money or she won’t make it. I don’t know how we will raise the money on time but I am hoping and I am praying like crazy. Please, I beg of you, please help us save our little baby girl. She’s been through so much already. She means the world to me. I can’t possibly bear to lose her. We need a miracle.”

With the clock ticking mercilessly, the Rosenbaums are praying hard for a miracle. There is no way the young couple can come up with the sums on their own, and after a challenging year of missing many days of work to sit beside Chaya’s little hospital bed, they barely have enough money for the flight to the states, let alone the surgery itself. Funds are being urgently raised here to help save little Chaya’s life before time runs out. As every second passes, they hope and they pray that they will be able to raise the funds in time. 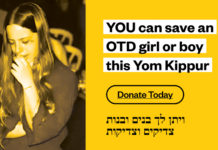 YOU will save an OTD boy and girl this Yom Kippur! 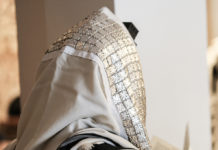 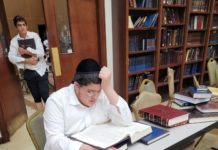