The infamous Nazi Propaganda minister Joseph Goebbels famously said “think of the press as a great keyboard on which the government can play.”Following the global information revolution of citizen journalism, blogging and social media, his words still carry weight, with one qualification however; the great keyboard can now be played by all and will be played by anyone with motive, savvy and audacity.

This brings me to the Flotilla incident that took place earlier this week. For anyone who has made even a minimal effort to determine what exactly took place, it is clear that the Flotilla and its “mission of aid” to Gaza was nothing more than a carefully orchestrated operation combining military and PR objectives aimed at diplomatically weakening Israel even further and opening up another barrage of international criticism resulting in greater isolation of the Jewish state.

This is a matter of concern and relevance to many Jews around the world, as they are often involved with Israel in some way or another; either associating or disassociating themselves by praising or criticizing.

In spite of the fact that the PR response of the Israeli Government has been relatively good this time including immediate release of video footage and testimonials, there was still much criticism leveled against it for its handling of the PR.

However what was glaringly apparent was the completely irresponsible approach of respectable media outlets as they covered the emerging story. Lacking was the “quest for truth” that the bylaws and mission statements of most mainstream news organizations claim to adhere to and in many instances the reporting seemed like it was written by the perpetrators themselves.

Today with widely available information and numerous forums for proliferation, it should not be hard to determine the truth of the matter at hand or at least begin to head in the right direction, so why do smart and perceptive editors allow these perpetrators access to the “great keyboard” to play their twisted tunes?

To find pictures of the confiscated weapons that were found on board the Mavi Marmara Turkish passenger boat I searched Israeli blogs. Aren’t such pictures a crucial aspect of conveying the story of what took place? Why were they not shown on such websites as CNN, NY Times, Time and Foxnews?

Information on the nine injured Israeli soldiers, and the serious condition that some of them are now in, only seemed to be reported on Israeli news sites.

Reports on the terrorist nature of the group leading the flotilla were minimal to non- existent, how can any outlet that ignored or failed in its basic research be taken seriously in its reporting on matters relating to Israel?

According to an Israeli Channel 2 reporter who interviewed the army personnel involved in the incident, after the attackers grappled away the soldiers’ weapons, they then proceeded to shoot their own people on the boat and then threw the weapons overboard. According to this report they thus effectively framed the IDF by shooting their own people in order to hurt Israel in the international arena. Of course this has yet to be confirmed but it should certainly be explored in the quest for truth by any serious news organization.

Valiant efforts were made by pro-Israel activists to disseminate the relevant information, but they seemed to circulate within the same tired community of supporters, never flowing into the mainstream and reaching the attention of the man on the street.
In a world where we are surrounded by so much information it is crucial that we monitor the outlets that we trust to provide it. In the same way that we are careful with the food we eat, the information we consume affects us as well and we therefore must demand and hold accountable those that cheat us in our search for correct information and truth and leave no stone unturned in searching for it.

The Author is the director of the Algemeiner Journal and the GJCF and can be e-mailed at defune@gjcf.com 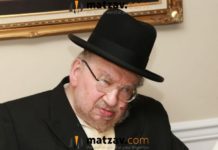 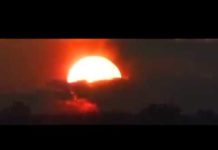