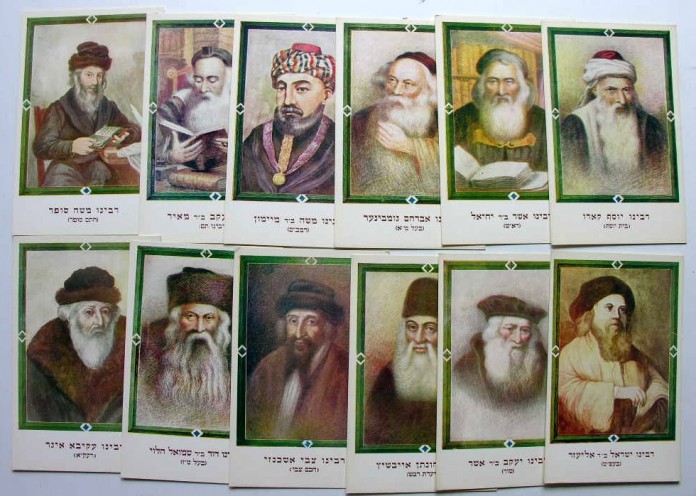 “In our classroom, there are pictures on the wall of the gedolei Yisroel when they were in second grade.” This statement, which sounds bizarre to the point of being detached from reality, was made by my grandson, a child in Rabbi Leventhal’s class at Talmud Torah Shaarei Daas in Ramot. Does anyone have a picture of Rav Yaakov Kamenetsky or Rav Moshe Feinstein when they were in second grade? Has anyone ever seen such a picture of Rav Ovadiah Yosef or Rav Shmuel Wosner? Did cameras even exist when Rav Elazar Menachem Man Shach was in the second grade? How can such a collection of pictures be on the wall of a cheder?

Curiosity impelled me to investigate the matter; perhaps there would be an interesting story behind it. I found the time to make a trip to Ramot, where I climbed the two flights of stairs in the Shaarei Daas building and entered Rabbi Leventhal’s classroom. I told the rebbi about the purpose of my visit, as my eyes scanned the walls for the pictures in question. As I had anticipated, there wasn’t a single sign of the collection of pictures my grandson had described.

“He must have made it up,” I deduced.

Rabbi Leventhal smiled broadly. “He wasn’t imagining it at all. Take a look at those pictures on the wall.”

I looked. The wall was decorated with photographs of the children in the class. I recognized two of them, including my grandson.

Rabbi Leventhal explained, “I tried to find pictures of the gedolei Yisroel when they were at the age of the children in our class, but no such pictures exist. No one took a picture of Rav Shach when he was in second grade. But I decided that for the next generation, there would be such pictures! These children, be’ezras Hashem, will be gedolei Yisroel in another 50 years.”

And then, of course, there will be photographs of the gedolei Yisroel when they were in second grade. I was amazed by the genius of the cheder rebbi.