Cody Keenan, one of seven speechwriters to join the White House staff when President Obama took office in 2009, toiled in relative obscurity until 2011. That’s when his breakthrough came with the president’s speech at a Tucson memorialhonoring victims of gun violence. The address won praise for its healing tone and revealed a skill with words and emotion that the 32-year-old Keenan is employing in a very different arena as the lead speechwriter on Obama’s Tuesday evening State of the Union address.

Keenan started as an intern with the Obama campaign in 2007 and rose quickly to junior speechwriter. For the last two years, he’s been deputy director of speechwriting, sharing an office with chief speechwriter Jon Favreau and working on many of the president’s most important speeches. With Favreau leaving on March 1 for Hollywood to try his hand at screenwriting, Keenan steps up to the top job as chief speechwriter.

“Cody writes from the heart,” Favreau said via email. “He’s not only an extremely talented writer, but someone with an innate ability to connect with people in a passionate, inspiring way. As two Chicago natives, the President and Cody will make a great team, and have already built a strong relationship with the many speeches they’ve worked on together.”

Asked last week to preview the State of the Union, White House spokesman Jay Carney noted that the address is a collaborative process between the president and his speechwriter, and that Keenan “will be getting a higher profile in the weeks to come-internally, anyway.” Carney’s comment hints at the delicate line any speechwriter has to walk in taking credit for the words spoken by a president. In an admonition that dates back to FDR, White House aides are expected to have “a passion for anonymity.”

After then White House press secretary Robert Gibbs named Keenan as the principal writer of the Tucson speech, Keenan was appropriately humble in an interview with Crosscurrents, a magazine published by the Weinberg College of Arts and Sciences at Northwestern University, his alma mater. “People were upset that the rhetoric and finger-pointing had gotten out of hand, and it felt like a moment for speaking to who we are as a nation and what we need to do,” he told the magazine. “The truth is, President Obama rewrote a lot of it. We [speechwriters] don’t always hit the sweet spot, but the president knocked that one out of the park. It was one of those moments that reminded me why I chose to work for him in the first place.”

Keenan graduated from Northwestern with a degree in political science after starting out in pre-med and sampling several majors, including Chinese and international relations. He cites the history courses he took as an undergraduate, along with his love for the NBC series The West Wing, for creating the foundation for his speechwriting career. He has a master’s degree in public policy from the Kennedy School of Government, and in an interview with an alumni publication in 2010 he shed some light on what it’s like to work for a former law professor. “Our jobs are remarkably like graduate school. You get a paper assignment, you might pull an all-nighter or come in really early to finish, and you hand it in and then you get his marks back and find out whether he likes it or not,” he said of the president. “The good thing is, he’ll make detailed edits when he gets the speech, and he’s generous with his time-he’ll walk us through the edits and explain why he made them. That makes us better writers.”

For a speechwriter, it’s not just the writing, it’s also getting the right voice, and before Keenan showed up for his first day on the Obama campaign, he listened to Obama’s two books on tape and stayed up all night watching YouTube videos of Obama’s speeches to understand his speech patterns and cadences. After four years in the White House, Keenan’s got that part down. Now it’s about tapping into the politics of the moment and marshaling words not only to evoke emotion but to move a balky Congress to make policy. 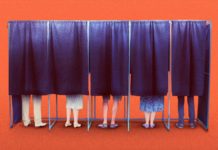